Home National Who is guarantor for such big bank frauds, asks Priyanka Gandhi 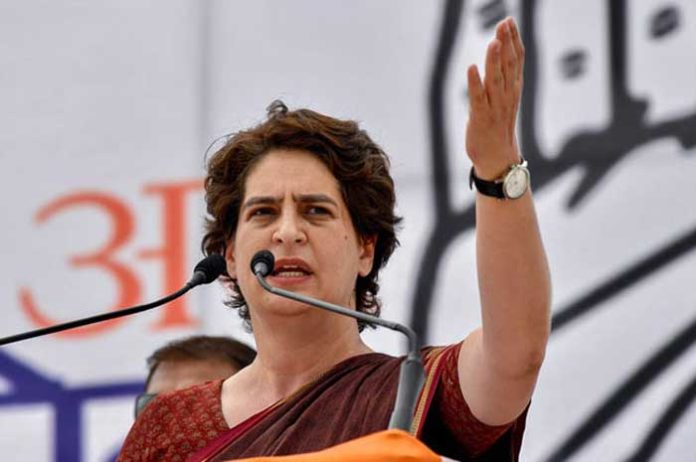 Congress General Secretary Priyanka Gandhi on Friday attacked the government over the rising bank frauds after the RBI’s annual report said they had gone up by 15 per cent in 2018-19, asking who is the guarantor allowing such “big bank frauds”.

“The country’s biggest banking institution, the RBI is saying that bank frauds are increasing under the government’s nose. In 2018-19, the theft increased further. The banks have lost Rs 72,000 crore. But who is the guarantor who is allowing such a big fraud?” she asked in a tweet, attaching a news report.

Her remarks came a day after the Reserve Bank of India, in its latest annual report, indicated that the rate of growth of frauds may not be substantial but the amount involved has gone up by a whopping 73.8 per cent. RBI data shows that in FY19, the banking sector reported 6,801 frauds involving a total Rs 71,542.93 crore as against 5,916 cases involving Rs 41,167.04 crore reported in 2017-18.  (Agency)