Home National Who are you fooling? India says on Pakistan’s crackdown on Hafiz Saeed 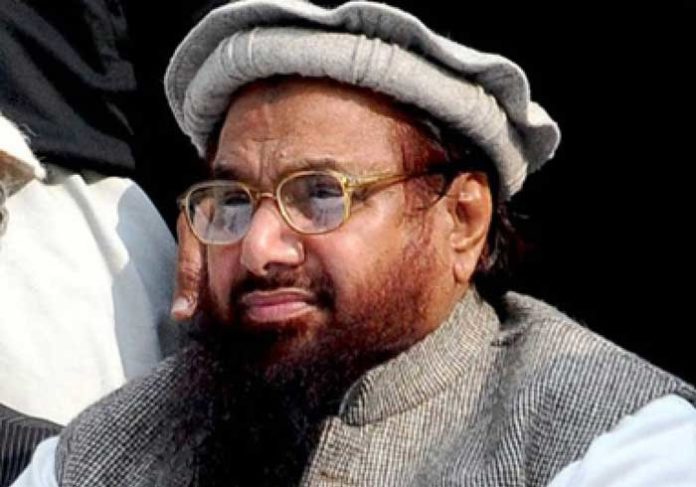 India on Thursday slammed Pakistan’s crackdown against Mumbai terror attacks mastermind and Jamaat-ud-Dawa chief Hafiz Saeed and his aides as “cosmetic steps”, and said Islamabad’s sincerity will be judged on the basis of its taking “verifiable, credible and irreversible action” on terror and not “half-hearted measures”.

A day after the Punjab Counter Terrorism Department in Pakistan registered 23 cases relating to terror financing and facilitation against Saeed, Ministry of External Affairs spokesperson Raveesh Kumar said India has seen such actions by Pakistan earlier too.

“Let us not get fooled by these cosmetic steps. We have seen the course of such actions in the past. We have seen where it goes, where it is headed. Pakistan’s sincerity to take action against terrorists and terror groups will be judged on the basis of their ability to demonstrate verifiable, credible and irreversible action on terror and terrorist groups operating from their soil, and not on the basis of half-hearted measures that they undertake to hoodwink the international community,” the spokesperson said.

He said what India is asking is “very simple. We want a normal relationship in an environment free from terror.”

The spokesperson’s comments come in the backdrop of Pakistan’s past actions of placing Saeed, founder of the Lashkar-e-Taiba (LeT) – a US-designated terror outfit – under house arrest and then letting him go scot-free.

He was first placed under house arrest in September 2009, but was cleared of all charges a month later and allowed to move freely. In January 2017, Saeed was placed under house arrest for disturbing peace and security, but was released in November the same year after the Lahore High Court concluded that there was “nothing tangible” in the evidence presented against him.

India had registered strong protests against Saeed being let off on both occasions.

After his January 2017 arrest, his charity, JuD, rebranded itself as Tehreek Azadi Jammu and Kashmir (TAJK).

On Wednesday, the Punjab Counter Terrorism Department in Pakistan announced it has registered cases against Saeed and 12 other leaders of the JuD, a front for the LeT, for terror financing. The cases were registered in five cities in Pakistan’s Punjab province – Lahore, Gujranwala, Multan, Faisalabad and Sargodha.

Earlier in February this year, Pakistan reinstated a ban on two charities linked to Saeed – the JuD and Falah-e-Insaniat Foundation (FIF) – which had long been on a UN international terrorism blacklist.

The action comes after a stern warning from the Financial Action Task Force (FATF) which asked Pakistan to act on terror financing or be downgraded to the black list. It also comes as the International Monetary Fund approved a $6 billion financial package for the cash-strapped country.  (Agency)