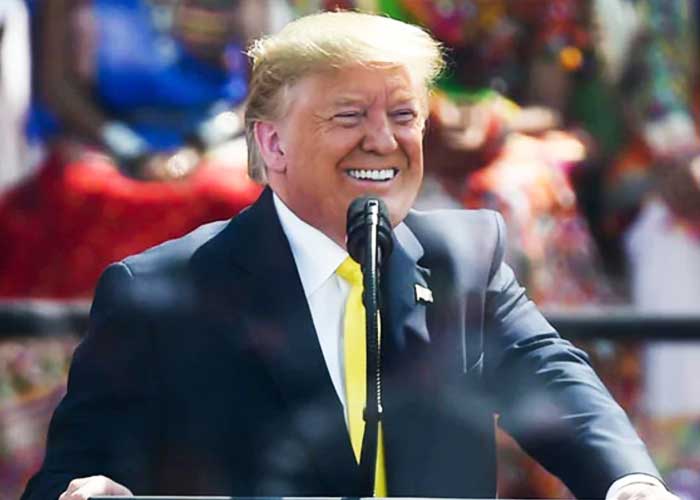 US President Donald Trump did his homework well but missed on desi pronunciations as the Vedas became “The Vestas” and Swami Vivekananda became ‘Swami Viveka-mu-nand during his Motera stadium speech on Monday.

During his speech in front of nearly 1.10 lakh people, Trump also stumbled over the names of Sachin Tendulkar and Virat Kohli.

“This is the country where your people cheer on some of the world’s greatest cricket players, from Soo-chin Tendul-kerr to Virot Kohl-ee,” Trump told the audience.

Amused netizens immediately took to Twitter, especially over the mispronunciation of Swami Vivekananda’s name who represented India at the first-ever Parliament of the World’s Religions in Chicago in 1893.

“Who thought it was a good idea to get Trump to try and pronounce Swami Vivekananda on stage,” a user tweeted.

Trump during his speech also quoted a paragraph from Swami Vivekananda’s teachings: “Moment I have realized God sitting in the temple of every human body, the moment I stand in reverence before every human being and see God in him – that moment I am free”.

“Who thought it was a good idea to get Trump to try and pronounce Swami Vivekananda on stage,” wrote another user.