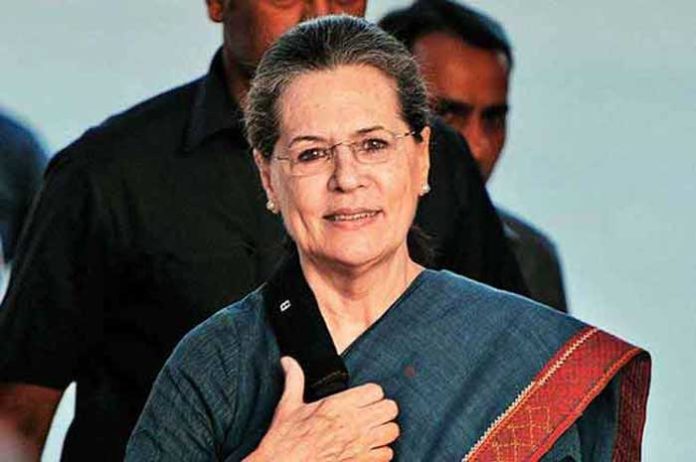 Delhi Chief Minister Arvind Kejriwal, who on Sunday touched the heart of the crowd by singing the popular song ‘Hum honge Kamyab’ at the swearing-in ceremony in Ramlila Maidan, takes us down memory lane when Congress leader Sonia Gandhi sang the same song at a women’s convention in 2002.

The Congress President in 2002 sang this song at Talkatora stadium along with scores of women volunteers and Congress leaders including former Delhi Chief Minister late Sheila Dikshit, Mohsina Kidwai, Ambika Soni and others.

The programme had ended with the song and scores of Congress leaders including Moti Lal Vora and Natwar Singh, hummed it at Talkatora stadium.

The convention was held on October 1, 2002 named ‘women empowerment conference’ where women across the country were present.  (Agency)