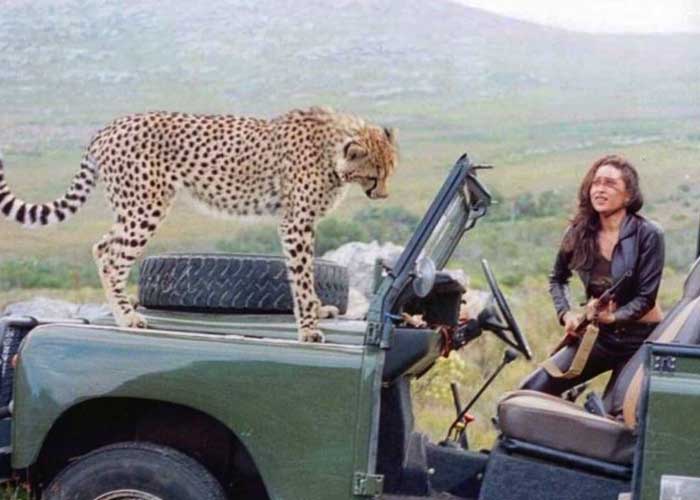 It’s a flashback Friday for actress Karisma Kapoor as she went down memory lane and recalled how she shot with a cheetah.

Taking to Instagram, Karisma posted a still from one one of her films. In the image, we can see Karisma standing next to the cheetah.

“This is not computer generated, no VFX it’s really me with this beautiful cheetah in the same frame! And yes I was scared yet mesmerised at the same time,” she wrote.

Not only this, Karisma also asked her fans to guess the film. She gave them a clue by stating that the particular movie was shot in South Africa.

According to netizens, the still is from Karisma and Govinda-starrer “Shikari”, which was released in 2000.