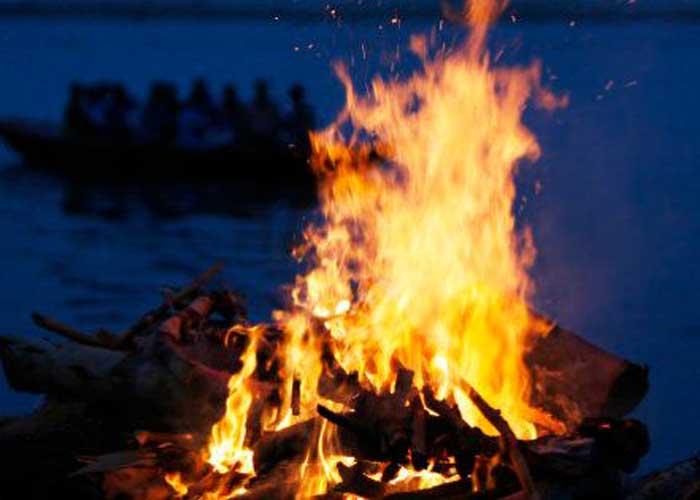 In Punjab as family members have been staying away to perform the last rites of suspected or confirmed coronavirus disease, it is government functionaries who have been coming forth and doing rituals religiously.

Out of 79 patients, in seven coronavirus deaths, three such instances came.

In the latest instance on April 5, the last rites of a woman were performed by officials in Ludhiana city as the family refused to cremate the body fearing transmission of virus.

In another case, the cremation was performed by revenue staff as the entire family was in quarantine.

In a third incident in Amritsar district last week, people did not allow a place in their village for cremating Padma Shri Nirmal Singh Khalsa, former Hazoori Raagi of the Golden Temple.

“The (last rites) document may be comprehensive but the real trouble lies when nobody, including the sons and daughters as well as staff at the cremation ground, are willing to touch the body,” Special Chief Secretary K.B.S. Sidhu, who is in-charge to monitor state-wide coronavirus cases, informed in a tweet.

“It is here that field revenue agency, with tehsildars and naib tehsildars at the forefront, does the job.

Stressing the need to recognise and encourage the officers and officials who went above and beyond the call of duty, Sidhu quoted the case of Harbhajan Singh, who died of covid-19 on March 29 at Moranwali village in Hoshiarpur district.

“His entire family was in isolation ward as they had tested positive. Nobody from the village came forward to assist in performing the last rites,” he said.

Patwari Jagir Singh of Moranwali was assigned the task of arranging the cremation. He performed his duty without any hesitation.

“Jagir Singh, along with many others from his fraternity, is quietly doing their duty in these exceedingly difficult times. They deserve our applause and appreciation,” said Sidhu.

In the latest case, officials of local administration performed the last rites of Ludhiana resident Surinder Kaur, 69, on April 5 as his family refused to own her body and asked the administration that it was their duty to perform her cremation.

Additional Deputy Commissioner Iqbal Singh Sandhu through a video said the family reached the cremation ground but preferred to remain seated in the car that was parked 100 m away from where the body was consigned to the flames.

He said the entire ritual was performed by Duty Magistrate Jasbir Singh.

Now the district administration would hold her abhog’ in a local gurdwara on April 11 by pooling money.

Regarding the cremation of former Hazoori Raagi of the Golden Temple, Nirmal Singh Khalsa, paranoid locals of Verka village located on the periphery of Amritsar city protested for hours and even locked the cremation ground gate to prevent the local administration from the cremation, fearing it would spread the coronavirus and endanger lives.

After hours of persuasion, the locals agreed and offered a secluded common land for his last rites that was held late in the evening amid the presence of government functionaries and the son of the deceased.

Condemning the incident, Akali Dal President Sukhbir Badal said the state government should have taken steps to ensure the mortal remains of the great ‘ragi’ were not disrespected.

Khalsa’s aunt, son, grandson, his associate and associate’s wife have tested positive for coronavirus after his death.

Terming as unfortunate the delay in Khalsa’s cremation on April 2 due to “unfounded fears”, Chief Minister Amarinder Singh said this was because of misinformation and issued directives that no such incident take place in future.

He said he has asked the Chief Secretary and the Director General of Police to ensure proper compliance of the government instructions by all health and other officials at the district-level.

“Every deceased person deserves proper cremation and there is a laid down health protocol on handling the body of a deceased COVID patient. This must be duly followed,” an official statement quoting the Chief Minister said.  (Agency)