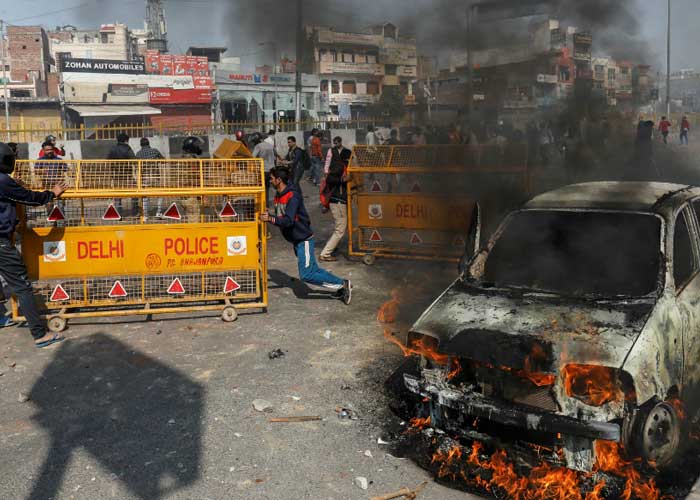 Even as the Delhi Police is receiving flak for its handling of the situation in the violence-hit northeast Delhi, 80 families living in Gokulpuri area here have a lot to thank the police about.

On the intervening night of Monday and Tuesday, the houses of these families living in Ganga Nagar locality came under attack from anti-social elements. But these people were saved when police arrived in the nick of time. Later, the police evacuated all 80 families and took them to the Dayalpur police station.

One member of the rescued families said: “All of us have been living in Ganga Nagar for the last 35 years. Never had any problem. But as violence broke out in Maujpur and Babarpur areas on Monday and Tuesday, rumours began to do the rounds. As a result, some people attacked our homes. We called up the police for help. Had the police not arrived on time, we would not have survived today.”

Police sheltered around 100 people at the police station on Tuesday night. Some left for the homes of their respective relatives as Metro services resumed on Wednesday.

One person had arrived from Ghaziabad to take along his brother’s family. He said: “My brother told me that the situation was not normal on Tuesday morning, but the situation was such that they could not leave their homes.” He also thanked the Delhi Police for saving his kin.

A police officer said that most of the rescued families had left for their relatives’ places on Tuesday evening. Board and lodging arrangements were made for those who wished to stay back. Now, the situation is getting normal slowly, said the officer.  (Agency)