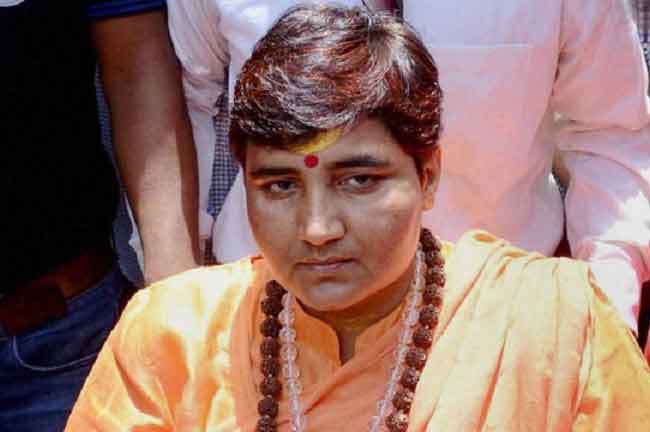 BJP candidate from Bhopal Pragya Thakur, who has been making headlines for her comments since announcement of her name from the constituency, is now in news for a viral video in which the otherwise wheelchair-bound Sandhvi is seen dancing with a group of women.

The video, shared by Madhya Pradesh Chief Minister Kamal Nath’s Media Coordinator Narendra Saluja on Thursday, shows Thakur dancing to a song with a group of women at a Sindhi community function.

It was made while Thakur was campaigning in the Idgah Hills area of Bhopal on Monday. The participants made videos and even took selfies with Thakur on the occasion.

An accused in the 2008 Malegaon blast case, in which 7 people were killed, Thakur is presently out on bail. Interestingly, she was given bail by the Bombay High Court in April 2017 on health grounds.

According to the bail order, given by a high court bench headed by Justices Shalini Phansalkar Joshi and Ranjit More, she was “suffering from breast cancer” and was “unable to walk even without support”. She is being treated at an ayurvedic hospital.

Thakur also went to file her nomination seated on a wheelchair and had trouble reaching the first floor of the Collectorate, where the office of the returning officer was located.

Watching the Collectorate’s women staff struggle to carry her wheelchair up the flight of stairs, the returning officer himself came down to accept her papers.  (Agency)