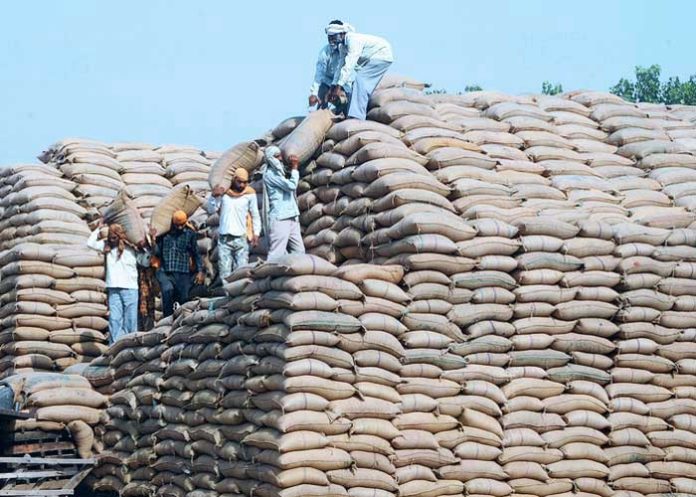 Inadequate and improper wheat storage and stocking fresh one with the infested in Punjab resulted in loss of wheat of Rs 607.57 crore in four years, the Comptroller and Auditor General (CAG) has said.

This fact came to light in a CAG report that was tabled in the Congress-ruled state assembly last week.

The Committee on Public Undertakings of the state legislature had recommended in March 2016 that proper wheat storage spaces and its fumigation be undertaken to prevent its damage.

They procure wheat on behalf of the Food Corporation of India (FCI).

The proportion of damaged wheat to the total quantity stocked in the Punjab Agro Foodgrains Corporation Ltd was as high as 76.85 per cent at the end of 2016-17.

However, performance of Punjab State Warehousing Corporation was better as damaged wheat as proportion of the total quantity in stock was below five per cent from 2014-15 to 2016-17.

Its better performance was due to the fact that major portion (up to 79 per cent) of their wheat stock was kept in covered storage, availability of qualified staff and better quality control mechanism.

The reasons for damage of wheat were inadequate and improper storage conditions, employment of poor preservation techniques, slow up-gradation of infested wheat and storage of fresh wheat with the infested stock.

The CAG observed that both state procurement agencies do not have adequate covered storage for its wheat stocks.

In Tarn Taran district, the entire wheat stock was stored in the open despite having availability of covered storage in 2016-17, thereby exposing the foodgrain to high risk of damage.

Also, the delay in disposal of damaged wheat resulted in an expenditure of Rs 8.57 crore on rent and security of storage spaces where the damaged wheat was kept.  (Agency)