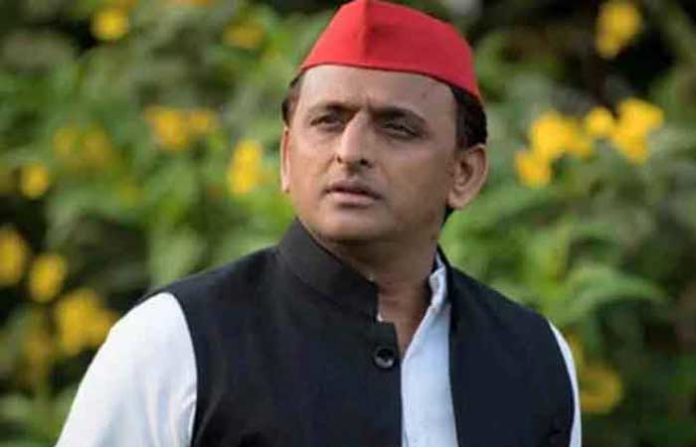 Lucknow, Oct 31, 2020-
Former Uttar Pradesh Chief Minister and Samajwadi Party (SP) National President Akhilesh Yadav on Saturday attacked both the ruling Bharatiya Janata Party (BJP) and the opposition Bahujan Samaj Party (BSP). Yadav said his party had been successful in exposing the true face of the BJP and the BSP before the people. He said this while paying tributes on the birth anniversary of Acharya Narendra Dev in Lucknow.

“My party has been successful in revealing the true face of BJP and BSP to the people. It has now been proved that the BSP is the BJP’s B-team,” Yadav added.

The SP Chief said those who have connived with the BJP from within his party need to be exposed and that is why his party has supported the independent candidate. Our motive is to get votes and let the public decide which political outfits have joined hands and how many votes all parties amassed, Yadav added.

Taking a dig at the ruling BJP government in the state, Yadav said, “The saffron party could form an alliance with any party anywhere to remain in power. We supported the independent candidate but later his nomination form was rejected.”

“On this day we must remember tall personalities such as Sardar Patel, Acharya Narendra Dev and Maharishi Valmiki,” Akhilesh added.

“People’s source of employment has been snatched, jobs have been lost and farmers are worried about getting the Minimum Support Price (MSP) for their crops,” Yadav said. (Agency)