Home National Wanted to back myself, back my game: Rohit Sharma 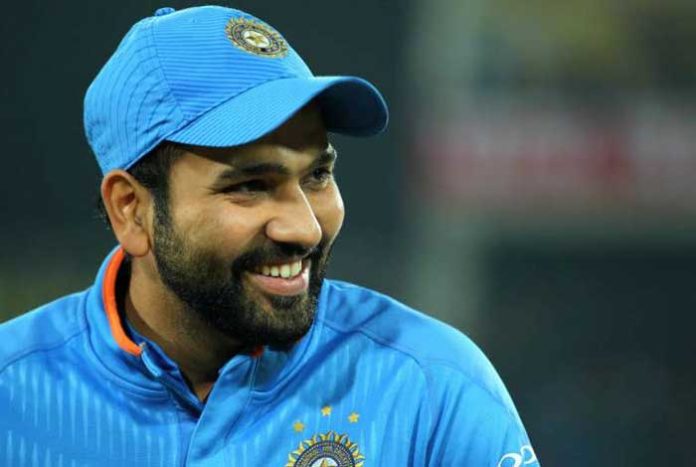 Star India batsman Rohit Sharma, who scored a brilliant hundred on his debut innings as Test opener, has insisted that his plan was to trust his game and abilities and that’s what he was able to achieve on the opening day of the first Test against South Africa on Wednesday.

Designated as opener for the first time in his Test career, Rohit showed all his class and silenced all those who questioned his selection by scoring an unbeaten 115 against the Proteas.

He, alongwith Mayank Agarwal (84*), took India to 202/0 before stumps were called because of heavy rain that washed away the entire final session on Day 1 at the ACA-VDCA Stadium.

During the course of his 174-ball knock, Rohit smashed 12 fours and 5 sixes. However, initially he batted with caution and respected the Proteas seamers — Vernon Philander and Kagiso Rabada.

Talking about his batting plans in the initial overs, the 32-year-old said he wanted to see off the new ball and then cash in from there after.

“I was very clear in my mind what I wanted to do. The new ball will always do a bit in the initial overs — whether it’s red ball or white.

“I have played cricket in India for a long time now and that’s why I was aware of the conditions and knew that once you get past the first 10 overs, it becomes difficult to get wickets. And it becomes easier to score runs.

“This was my plan to tackle the new ball and then stick to what I had planned. Backing myself and my game was most important for me because it was all I had in my mind,” he added.  (Agency)