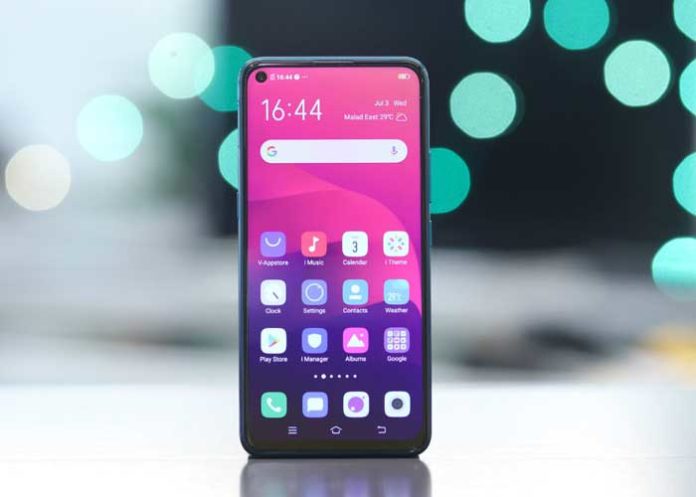 Catching up with the trend to launch gaming smartphones, Chinese smartphone maker vivo has brought Z1Pro to India with an in-display camera, dedicated button to wake up Google Assistant and Qualcomm’s latest Snapdragon 712 chipset with an aim to give gamers a reason to cheer.

In the recently-concluded “PUBG Mobile Club Open 2019” India edition, Z1Pro was used as the official device of the tournament, attempting to pitch it as a “gaming smartphone” in the mid-price segment.

However, during the review of the Sonic Blue coloured Z1Pro with 6GB RAM+128GB storage that costs Rs 17,990, we realised that the device, that fared well in most areas, failed to justify the “gaming smartphone” tag.

Design-wise, the plastic body has been built in a way that rendered a flashy shade of blue to the device. Since the rear is not matte, it retained fingerprints that triggered a constant urge to keep wiping the device.

Along with 16MP primary sensor, there is an 8MP wide-angle sensor and 2MP lens to shoot pictures in Bokeh mode.

The triple rear camera system accompanied by the flash sits on the left side of the smartphone; housed in the middle is a snappy rear fingerprint sensor.

The front camera gave a larger screen space and saved from bezels as well as the notch.

The phone supports dark mode which was easy on eyes. However, the display did not perform well under direct sunlight. Even on full brightness, the screen looked pretty dull which could be a downer for many.

The primary camera, however, performed satisfactorily in bright as well as dark lighting conditions.

In addition, the camera app also has an in-built feature called “Jovi Image Recogniser” that lets you click images of any object and help you shop them online.

The left edge of Z1Pro sports the dual-SIM tray alongside the dedicated Google Assistant button while the volume rockers and power buttons are placed at the right edge. The charging port, audio jack port and speakers are placed at the bottom.

The handset is fueled by a massive 5000mAh battery which outpaced premium smartphones like OnePlus 7 Pro and OPPO Reno 10x Zoom. The hefty battery lasted almost a day and a half on a single charge and average usage.

The phone’s facial recognition was as snappy as its rear fingerprint sensor.

The handset runs Funtouch operating system (OS) based on Android Pie 9. The interface of the smartphone looked like a rip-off of iOS — stale and mundane.

The device comes with a pair of iPhone-like earphones bundled in-the-box which was a nice addition.

vivo has incorporated the dual-engine, fast-charging technology on Z1Pro that charged the device rapidly.

However, simultaneous activities like charging and video browsing or calling heated up the device.

The sound produced by the handset was not comfortably audible even in less noisy environments.

Facing issues like heating, poor sound quality and inadequate brightness, the device did not fair well as a “gaming phone”. The smartphone hung a couple of times during continuous gaming.

Conclusion: A decent phone that charges fast. One can also look for other options in the same price range like Samsung Galaxy M20 or Xiaomi Redmi Note 7 Pro devices.  (Agency)