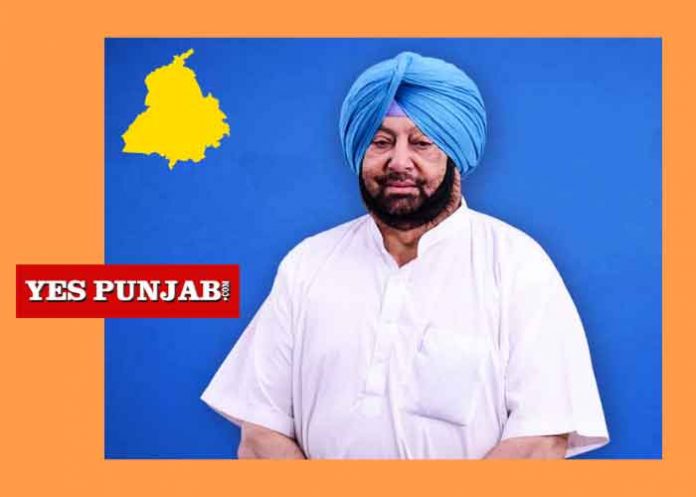 Chandigarh, January 27, 2021 (Yes Punjab News)
Deploring the Republic Day violence in Delhi, especially at the Red Fort, Punjab Chief Minister Captain Amarinder Singh on Wednesday termed it an insult to the nation and said it had brought shame to the country and weakened farmers’ agitation, but made it clear that he continued to stand with the farmers as the Farm Laws were wrong and against India’s federal ethos.

Stressing that the Red Fort is a symbol of independent India and thousands of Indians had given up their lives for independence and to see the national flag flying atop the fort, the Chief Minister said Mahatma Gandhi had fought the entire war of independence through non-violence. “My head hangs in shame at what happened yesterday in the national capital,” he said.

“Whoever has done it (indulged in violence at Red Fort) has brought shame to the country and Delhi Police should investigate and take action,” he said, adding that the Centre should also probe into the involvement, if any, of any political party or nation, while making sure that no farm leaders are unnecessarily targeted or harassed by the police.

The Chief Minister declared that the future of Punjab’s youth lay in peace and recent developments had slowed down investment in the state.

Even as he demanded action against the perpetrators, who he said were not farmers but misguided youth indulging in symbolism, the Chief Minister said that such problems will continue to take place if the Government fails to listen to the voice of the people. A government for the people and by the people cannot ignore the will of the people, he said, adding that the performance of the BJP-led NDA government at the Centre will not be acceptable in the next elections to the majority in a country where 70% of the population is of farmers.

The Bharatiya Janata Party (BJP) should realise that stability and secularism, encompassing all minorities, is the key to inclusive growth of the nation and playing the Hindutva card will not lead to progress, he remarked.

“The Farm Laws are wrong, which is why we passed our own laws,” Captain Amarinder said, pointing out that Agriculture is a state subject, yet “we were not asked before introducing the Ordinances.” Categorically rejecting allegations of his government being in the know on the issue, he said the Aam Aadmi Party (AAP) was spreading false propaganda and the fact was that Punjab was not even initially included in the expert committee as the Centre knew the state will oppose their laws.

Punjab had nothing to do with the policy decision taken by the central government, he said, pointing out that even when the state was eventually included in the committee after he personally wrote to GoI, there was no discussion or consultation on the Farm Ordinances. In fact, the draft report received later from the Niti Aayog, to which his government gave point-by-point response, also made no mention of the Ordinances, he added.

Lamenting that the Governor had not yet forwarded the state amendment Bills to the President for assent, he said the laws were passed in the state assembly under Article 254 (II) of the Constitution, as the BJP had done in the case of the Land Acquisition Act. “If it could be done for the BJP, why can’t they do it for us,” he asked, questioning the biased attitude towards the Congress government in Punjab.

“Why have state governments at all, if their powers are to be systematically reduced,” asked Captain Amarinder, pointing out that the Anandpur Sahib resolution, passed 50 years ago, had demanded strengthening of the federal structure but it is instead being weakened further.

Reiterating that the Farm Laws will be death knell for the economic empowerment of the future generations of the farmers who are protesting against the legislations, the Chief Minister said private corporates were even now functioning in Punjab and could continue coming into the state without destroying the established system of MSP, Arhtiyas and PDS.