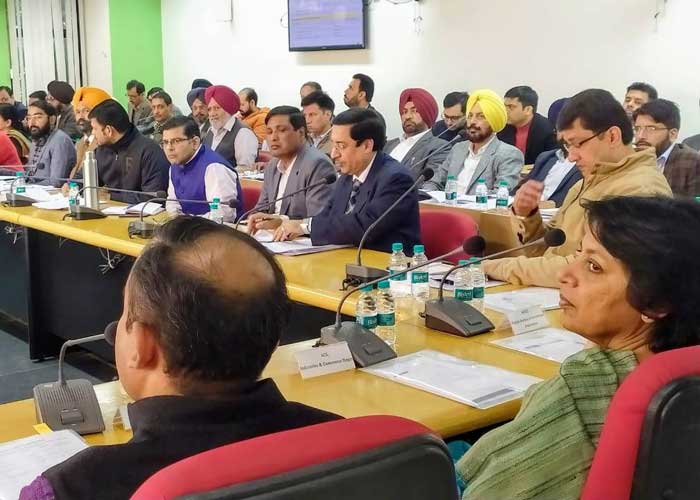 Underscoring the need to now focus on District Level Business Reforms, the Additional Chief Secretary, Industries and Commerce and Investment Promotion Ms. Vini Mahajan on Tuesday directed for evolving a time bound action-plan for implementation of all the reforms already implemented at the state level.

Chairing a meeting after the conclusion of a State Level Workshop held here under her chairmanship here at MGSIPA on Tuesday, Ms Vini Mahajan disclosed that based upon the implementation of these reforms, each district would be ranked based upon the feedback of users.

Reiterating that the Ease of Doing Business is a core priority area for the Government of Punjab, Ms. Vini Mahajan stated that it is one of the core pillars in the Punjab Industrial & Business Development Policy, 2017 reinforced by the Chief Minister Captain Amarinder Singh during the Progressive Punjab Investors Summit 2019 held last week.

During the workshop, Project Manager Sh. Girdhari Lal explained the modalities of implementation of District level Business Reform Action Plan to the participants. The workshop was held to sensitise the concerned departments about the reforms proposals, and they have been asked to present comprehensive strategy in this regard, the spokesperson revealed.

The workshop was attended by Nodal Officer from concerned department, All Additional/ Joint/ Deputy Director/ GM, DICs from the Department of Industries and Commerce, Punjab, All Sector Officers/ Nodal Officers of Regulatory Departments in the PBIP.