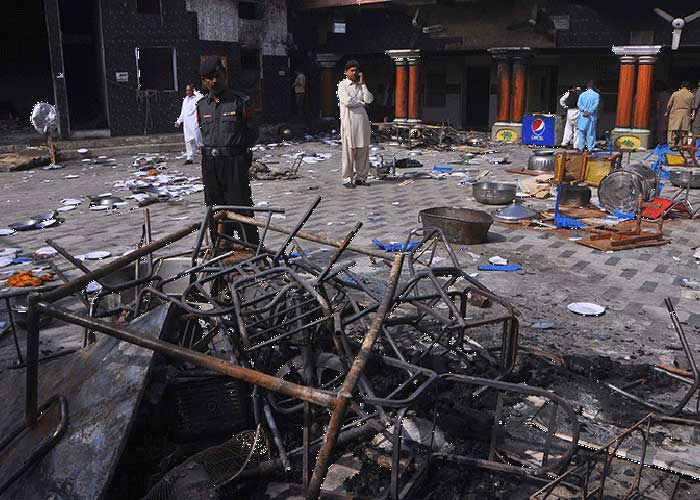 A village temple near Thar’s Chhachro town was vandalised by a group of men, following which an FIR was registered against four men on Monday, a media report said.

As per the FIR – registered on the orders of Thar Senior Superintendent of Police Abdullah Ahmedyar – four unidentified men had vandalised Mata Deval Bhittani temple on Sunday night.

A Dawn report said that the accused also desecrated the idols installed there. A complaint was lodged by a local, Prem Kumar.

The FIR was registered under the Pakistan Penal Code pertaining to charges of injuring or defiling place of worship, with intent to insult the religion of any class, mischief by fire or explosive substance with intent to destroy house, mischief by destroying or moving etc a landmark fixed by public authority.

Advocate Veerji Kolhi, who is special assistant to the Sindh Chief Minister on human rights, said that the miscreants wanted to disturb communal peace in the area.

He promised that those responsible will be taken to task.  (Agenct)