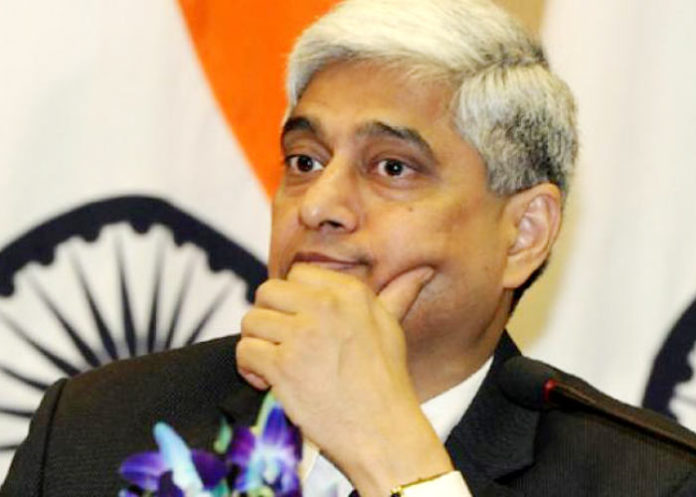 Author-diplomat Vikas Swarup, India’s current High Commissioner to Canada, has been appointed as Secretary in the Consular, Passport, Visa and Overseas Indian Affairs division, with effect from August 1.

According to a circular issued by the Department of Personnel and Training, “The Appointments Committee of the Cabinet has approved the appointment of Vikas Swarup, (Indian Foreign Service officer of 1986 batch) High Commissioner in Ottawa, as Secretary (CPV &OIA) in the Ministry of External Affairs with effect from 1-8-2019.”

He takes over from Sanjiv Arora, former envoy to Lebanon, who took over as Secretary (CPV & OIA) on February 25.

Swarup, former spokesperson of the MEA and author of the bestselling “Q&A”, which was made into a hit film “Slumdog Millionaire”, returns to the capital at a time when India-Canada relations have turned frosty over the growing prominence of pro-Khalistani elements.

India on Wednesday banned the pro-Khalistan Sikhs For Justice (SFJ) that is run by a few Sikhs in the US, Canada and the UK. The Indian government is also to take up with Canada the anti-India and subversive activities of SFJ persons.

The visit of Canadian Prime Minister Justin Trudeau to India last February was also sullied with allegations of his cabinet having links with Sikh separatists.

Trudeau had received a lukewarm welcome by the Indian government during his visit as two of the four Sikh members in his cabinet — Harjit Sajjan, who is Defence Minister and Amarjeet Sohi, Minister for Natural Resources — allegedly support the Khalistan movement.

Earlier this month, External Affairs Minister S. Jaishankar conveyed to his Canadian counterpart Chrystia Freeland that there is little hope for improving the frosty bilateral relations if Ottawa doesn’t address India’s concerns about the growing activities of Khalistani operatives and organisations.  (Agency)