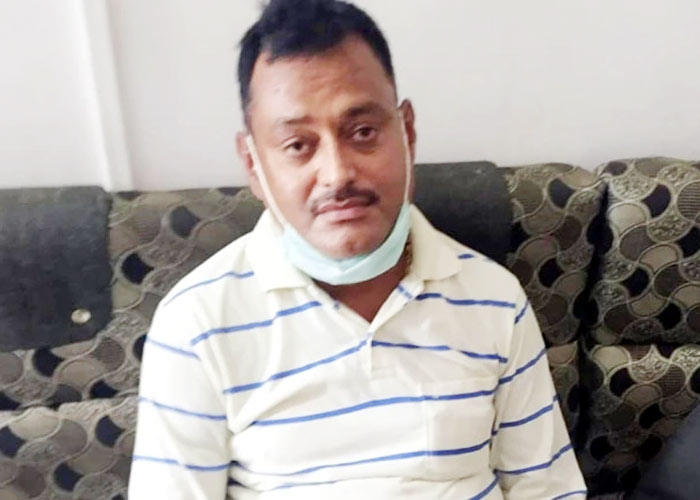 The archrival of slain gangster Vikas Dubey and former chairman of Kanpur Dehat’s Shivli Nagar Panchayat, Lallan Bajpai, 60, has finally come out in the open to talk about the terror of the gangster.

“For years, I used to sleep in a scaffolding that I had got constructed on the first floor of my house. I would pull up the ladder so that no one could reach me. Now I can finally sleep in my house because Vikas Dubey is dead,” he told reporters.

Bajpai claims that in 2001 Vikas Dubey had actually gone to kill him in the Shivli police station but did not find him there so he killed the then UP minister Santosh Shukla.

Dubey was later acquitted in the murder case because none of the policemen testified against him.

Bajpai claimed that Dubey had two or three policemen as accomplices in every police station, and enjoyed the support of many political parties.

“You can assess the extent of his influence because no one testified against him in a murder that took place inside a police station,” he said.

Lallan Bajpai said that during the year 1988-89, he had opened a movie theatre by the name of ‘Sudha Palace’. It was the first in the region. Local cinema goers used to throng the place, and Vikas was one of them.

“He was then a student of Tarachand Inter College. I thought he was a simple, gullible youngster. Animosity between us began after my decision to contest, for the first time, in the election for the chairperson during the year 1995. A local MLA wanted Vikas to contest instead. That is where the resentment began,” he said.

Vikas once got his men to hurl bombs at Bajpai’s house, killing three of his people on the spot. “Three people were killed while I sustained serious wounds. Since this incident, I used to take extra precaution from the gangster. None dared to oppose him openly like I did,” Bajpai said.

He further stated that Vikas Dubey wielded influence over more than 15,000 persons in his area and every political party was aware of this and maintained good relations with the gangster.

Lallan Bajpai was chairman of the Nagar Panchayat for 22 consecutive years from 1995 to 2017.  (Agency)