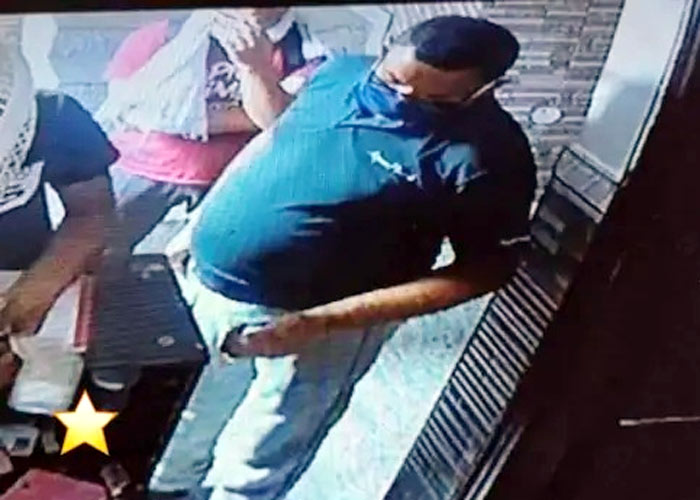 The Haryana Police have been put on high alert after reports of sighting of fugitive Vikas Dubey, responsible for the murder of eight policemen in Uttar Pradesh, in a Faridabad hotel, officials said on Wednesday.

However, he escaped before the local police could conduct a raid.

As per the intelligence reports, Vikas had stayed at in a small-budget hotel located in the populated Badkhal Chowk area under a fake identity.

Joint teams of Haryana and Uttar Pradesh have detained a Dubey aide who confirmed that Dubey stayed with him at the hotel.

The police have managed to access a CCTV grab which showed Dubey, donning a dark black shirt, jeans and mask, was present in the hotel.

Another CCTV grab showed he was standing on the roadside with a bag, awaiting a vehicle.

As per the hotel staff, Vikas had identified himself as Ankur, and had escaped the hotel before the police arrived.

“As per our information, Vikas Dubey is using a public transport for his movement in Delhi and the NCR (National Capital Region). The CCTV footage clearly showed he was waiting for a vehicle on the roadside,” a senior police official told IANS.

A massive manhunt for the gangster has been underway in the Delhi-NCR region.

Earlier in the day, the Special Task Force (STF) shot dead Amar Dubey in an encounter in Maudaha in Uttar Pradesh.

Amar, a right hand man of gangster Vikas Dubey, figured prominently in the list of wanted persons released by the Kanpur police on Tuesday.  (Agency)