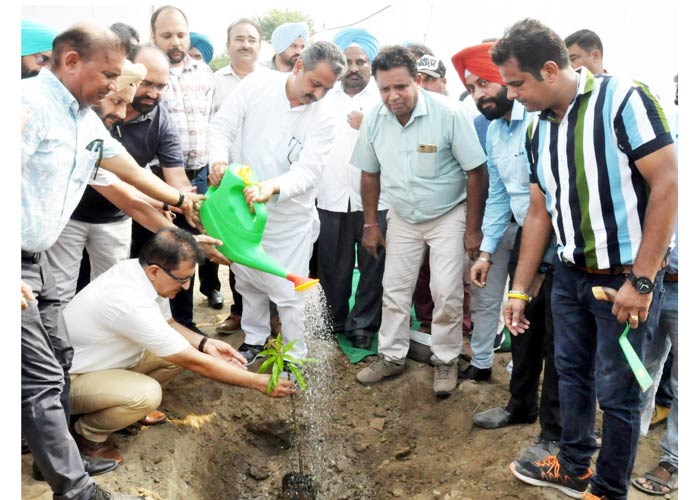 In order to commemorate 550th Parkash Purab of Sri Guru Nanak Dev Ji in a befitting manner, the Public Works Department and Education Minister Mr Vijay Inder Singla on Wednesday started the plantation of 2500 traditional (Desi) Mango trees along with GT road from Phillaur to Phagwara.

Addressing the gathering in a simple and impressive function, the Minister, who planted the saplings here today, said that these plants have been procured especially from Mango Research Center of Punjab Agriculture University (PAU) at Dasuya. He said that these saplings are of Desi Mango’s various varieties and will be planted in the both sides of GT Road. Mr. Singla told that PWD will ensure its proper upkeep and the saplings will be planted in a specially Bamboo tree guard for protection.

He said that the plantation will increase the green cover in the district hence it will help to check the pollution.

Meanwhile speaking to reporters, he said that the state government has approved Rs 3000 crore for two phases of special repair programs and repair works of all roads will start from September 15.

Mr. Singla said that the state government was committed for holistic development of the state and prosperity of its people. He said that no stone would be left unturned for making Punjab a frontrunner state in the country.