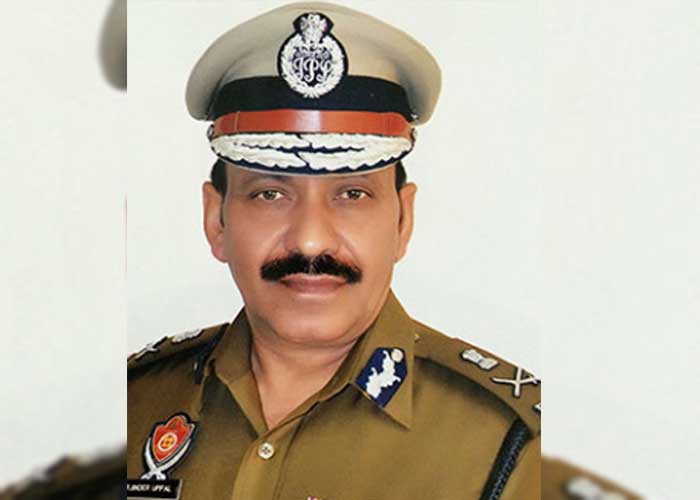 Chandigarh, January 28, 2021 (Yes Punjab News)
Aiming to weed out corruption from the society, the Punjab Vigilance Bureau (VB) has been able to nab 92 officials which includes 7 gazetted officers (GOs) and 85 non-gazetted officials (NGOs) besides 14 private persons while accepting bribes in 77 trap cases during the last year.

Disclosing this VB Chief Director-cum-DGP B.K. Uppal said the VB has adopted a multi-facet approach to corner the bribe seekers and to generate awareness among the public with a resolute stand to curb this social malady.

He revealed that during the year, apart from other departments, 38 personnel of Punjab Police, 24 of revenue department, 5 of local bodies, 3 each from health and power departments were nabbed red handed while taking bribes in separate trap cases since January 1 to December 31, 2020 in the trap cases.

Giving details about the performance of the Bureau, Uppal added that VB had registered 59 criminal cases against 192 accused which includes 27 GOs, 67 NGOs and 98 private persons. Apart from this, 42 vigilance enquiries have also been registered to probe corruption complaints against 9 GOs, 24 NGOs and 5 private persons in the last year. Besides, 4 cases of disproportionate assets were also registered against 2 GOs and 2 NGOs.

Adopting a zero tolerance policy towards all forms of corruption, 11 NGOs have been dismissed from their services by their respective administrative departments due to conviction in various courts.

VB chief further informed that the Bureau had been able to conclude 39 vigilance enquiries during the last year. Besides this, the vigilance bureau has also issued directions/suggestions to various departments for identifying the methods of corruption.

Sharing details, Uppal said various special courts have sentenced 6 accused in 6 different cases under prevention of corruption act and awarded imprisonments upto four years. The special courts have also imposed fines varying from Rs. 10,000 to Rs. 50,000 in these cases which amount to a total sum of Rs. 2,50,000 he added.

During the vigilance awareness week, the VB has conducted a state wide campaign in which seminars and public meetings were held in urban as well as in rural areas to weed out corruption from the society and integrity pledge was also administered to all the officers and employees of the bureau,” he added.

Furthermore, he added that several cases have been registered against those who were not following the Covid-19 guidelines issued by the Government and sold sanitizers and masks at exorbitant prices.