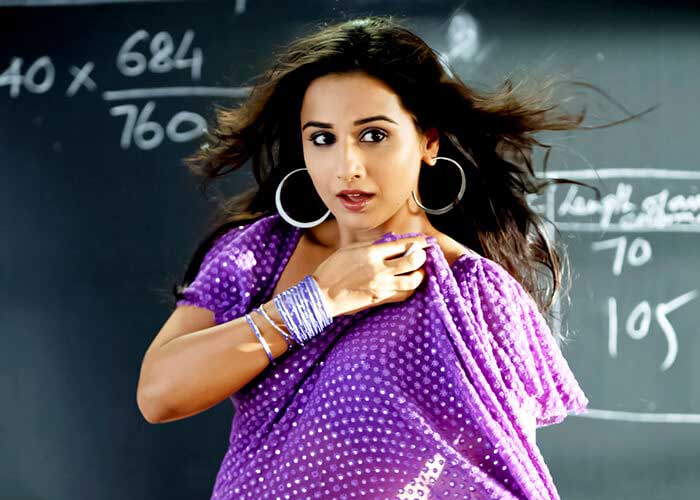 Actress Vidya Balan has come out in support of the film “Kabir Singh” against criticism that the 2019 blockbuster glorifies a misogynistic hero and misogyny. Although she says she wouldnt play the female protagonist in the film, she would definitely watch such a film because it represents a harsh reality. She adds that she is mature enough to understand there are two sides to every story.

“Sometimes I watch films even if they are not keeping it to my beliefs. Over the years, I have matured as a person. Previously it used be all black or white for me but today, I understand. I will give you an example of the film ‘Kabir Singh’. There was a huge uproar when ‘Kabir Singh’ released and people questioned how could the film glorify a character as Kabir Singh, who is absolutely disrespectful and violent towards women. Previously, I would have had the same reaction, but today I feel that the film is not necessarily glorifying it. It’s about telling the story of a Kabir Singh and there are enough Kabir Singhs in the world, especially in our country. So, I am okay with that. I can make choice not to be a Kabir Singh. As a person that choice would be mine. But will I go to the theatre and watch ‘Kabir Singh’? Of course I will. So, I think I have kind of matured,” said Vidya, while interacting with students at her alma mater, St. Xavier’s College, during a conversation titled ‘Arts Meets Academia’.

Vidya had pursued a bachelor’s degree in sociology at St. Xavier’s before earning a master’s degree from the University of Mumbai. Sociology students are known to look at the world from analytical and critical perspective. Do these traits work in her mind while selecting a film? “I have been fortunate that I have done work that aligns with my beliefs. Not that I haven’t had the opportunity to do other work, but it’s a choice I made that only I do the work I believe in. Over the past 12 years, I have had the chance to tell stories of women who find their voice and strength, so even if they start off as weak and vulnerable in the film, by the end of it they come a full circle. So, I think I am attracted towards these stories. I had the opportunity to do other stuff but I chose not to. I tried dabbling in it for a bit but I found myself absolutely inconsequential in that space, which is why I didn’t do it,” she replied.

“Kabir Singh” starring Shahid Kapoor and Kiara Advani is among Bollywood’s highest-grossing films of year 2019, having earned Rs 278.24 crore in the domestic market according to the film trade website koimoi.com. However, the film has been embroiled in several controversies since release, with detractors claiming the film glorifies toxic masculinity.

Asked how studying sociology helped her in her life, Vidya said: “I keep saying that sociology is the reason I believe in the possibility of possibilities, because what sociology taught me is that what is not true for you maybe be true for someone else. What is true for you may not be true for someone else. When you study about so many societies and cultures, you realise that you have to have an open mind. You can’t judge anyone for their practices or norms, and that opens up your mind. As an actor that is a very useful lesson so, yes, I feel sociology has definitely helped me.”

Vidya Balan’s next film “Shankutala Devi” is slated to release on May 8.  (Agency)