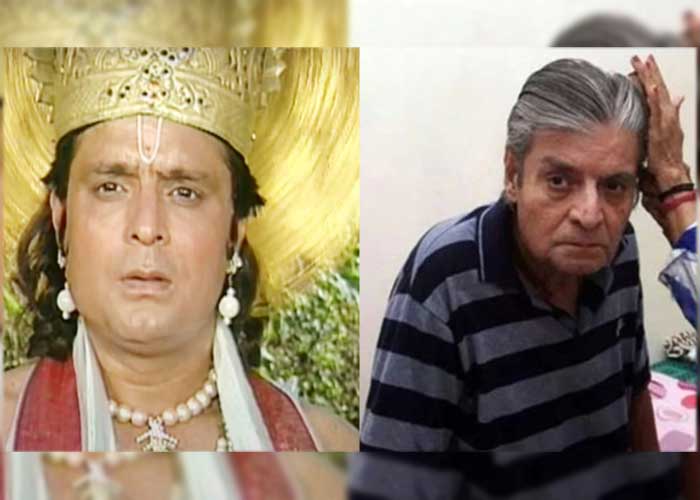 Satish Kaul, a veteran actor of Punjabi film industry who shot to national limelight playing Lord Indra in BR Chopra’s epic TV show, “Mahabharat”. Shockingly, the actor has in recent years been spending life battling penury and multiple health issues, far from the limelight and in a rented accommodation.

Contrary to reports in a section of the media, Kaul is not in an old age home currently. He is struggling to make ends meet in a rented accommodation in Ludhiana.

When we got in touch with the actor, the 65-year-old veteran rued that he remains a forgotten star for all, adding that he moved out of the old age home two years ago.

“I don’t stay in the old age home. I am staying in a rented place in Ludhiana,” Satish dispelled the rumour, speaking in a frail tone.

“I shifted to this place from the old-age home two years ago. I am staying here with a woman, Satya, who takes care of me,” he added.

Kaul, who has acted in over 300 Punjabi and Hindi films along with several TV serials, shifted to Punjab from Mumbai in 2011 with plans to start an acting school in Ludhiana. However, things didn’t work out and the project failed badly, bringing financial woes.

The actor, who has worked with Bollywood stalwarts like Dev Anand, Dilip Kumar and Shah Rukh Khan, had to stay in Swami Vivekananda Old Age Ashram, Ludhiana, for a while.

Reportedly, he was offered a job at Punjabi University, Patiala, in 2014 to teach acting with a monthly pension of Rs 11,000 for three years. In 2015, he fell and suffered a hip fracture, which forced him to stay in bed for over two years. His stint with the university ended in 2017, and since then he has struggled to make ends meet.

Despite the renewed popularity of “Mahabharat” owing to the reruns amid the lockdown, the actor says he remains forgotten.

Asked about his health, Satya took over the phone and elaborated: “He stayed in a hospital for some time, and then moved to an old age home. But then his health deteriorated. It is not easy staying in an old age home.”

“There are many health problems, including sugar. He has worked extensively, but no one takes interest in senior stars,” she said, adding that the lockdown has brought more problems in their lives.

“Bahut bura haalï¿½ Had trouble getting essential items and medicine. It was very difficult,” she said.  (Agency)