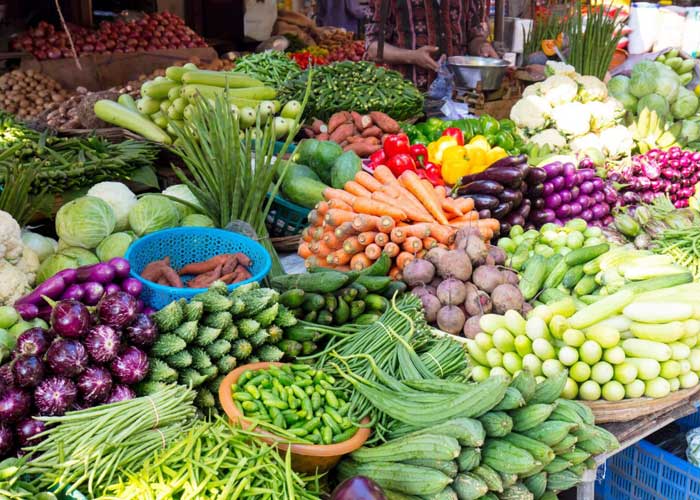 As new kharif crops start arriving in the markets by this time, prices of vegetables and grain begin to cool. But this is yet to happen this season due to late monsoon downpour across the country that caused the supply crunch.

Vegetable prices are still ruling high. Potato, tomato, cauliflower, spinach and other green vegetables are selling at around 50 per cent higher rates compared with the last winter season.

According to a trader, early crops got damaged due to rains.

Though tomato prices have come down considerably compared to last month, it was still higher than last year.

Rains in October in Madhya Pradesh, Maharashtra, Rajasthan and elsewhere have affected onion, tomato and other vegetables, as well as oilseeds and pulses crops. It has also led to a rise in prices of edible oil and pulses.

As per the data presented by Ram Vilas Paswan, Minister for Consumer Affairs, Food and Public Distribution, in Parliament recently, onion prices have increased over 400 per cent after March.

According to the data, prices of rice, wheat, flour, pulses, edible oil, tea, sugar, jaggery, vegetables and milk have shown an upward trend this year. Even prices of wheat and rice increased nearly 10 per cent.

Onion prices increased over 38 per cent in November. The average retail price of onion in the national capital territory increased from Rs 55 a kg on November 1 to Rs 76 a kg on November 30, as per the Department of Consumer Affairs figures.

Prices of potato and tomato too increased in November.

Priti Singh, a housewife in Greater Noida, said: “Onion has been bringing tears for the past few months, rise in prices of other vegetables have also affected my kitchen budget.”

Prices of cauliflower, spinach and other green vegetables were ruling above Rs 50 a kg, she added.

As per the consumer affairs department price list, tomato prices were Rs 10-80 a kg on December 14 against Rs 10-50 a kg on the year-ago date.

According to Amit Shukla, a pulse market analyst, green vegetables usually become cheaper with the start of winter and impacts pulses demand. But that’s not the case this year. As prices of most vegetables were still high, consumption demand for pulses had not declined.

Meanwhile, edible oil prices have shot up considerably due to costlier imports of palm oil from Malaysia and Indonesia. Prices of crude palm oil (CPO) have increased over 15 per cent past month, which led to a significant rise in oilseeds and edible oil rates in India.  (Agency)