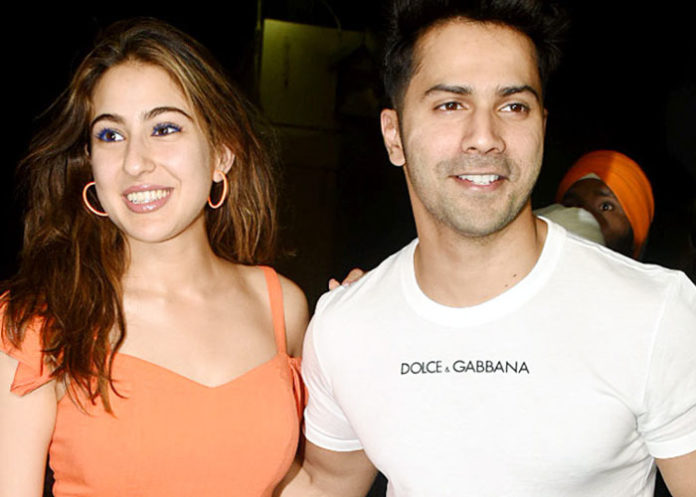 On Sara Ali Khans 24th birthday on Monday, the makers of “Coolie No 1” unveiled its first look with actor Varun Dhawan and Sara promising a fresh edge to the 1995 remake.

Two new posters of “Coolie No. 1”, a remake of Govinda-Karisma Kapoor superhit, were shared online early on Monday morning.

In one poster Varun is seen standing on a cart used often by railway coolies in India, which he capitoned: “‘Coolie No. 1’. Haat jao baju aya raju first look.”

The second poster has the “Badlapur” star and Sara in a cinch.

The original film, which starred Govinda and Karisma Kapoor in the lead, was directed by Varun’s father and filmmaker David Dhawan. It was released in 1995.  (Agency)