Home Global US set to hit China with new tariffs 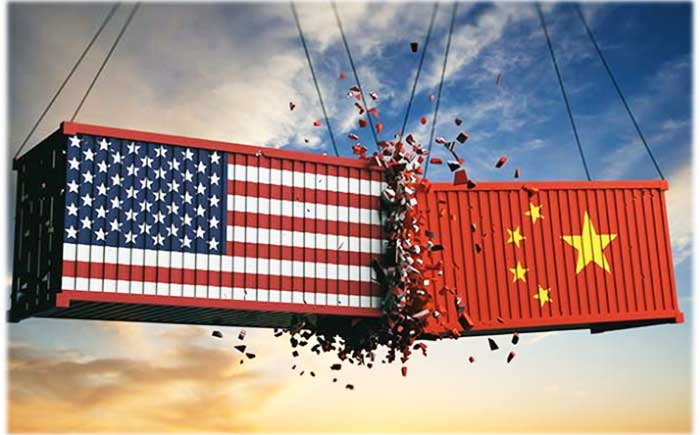 The US on Sunday is expected to hit billions of dollars worth of Chinese products with 15 per cent duties, in the first of two rounds of new tariffs, a move that will further escalate the ongoing trade war between the two economic giants.

So far, Washington has imposed tariffs on some $250 billon of Chinese goods, while Beijing has retaliated with tariffs on $110 billion of US products, reports the BBC.

The first round of tariffs due to be introduced on Sunday will target imports worth about $150 billion.

The Office of the US Trade Representative has not however clarified the value of goods due to be hit with the first round of duties.

Products to be targeted range from meat and cheese to pens and musical instruments.

The 15 per cent rate supersedes the 10 per cent originally planned and was announced last week as tensions between the two sides escalated.

The second round of tariffs slated to be imposed from December 15, includes clothing and footwear.

US President Donald Trump has repeatedly argued that China pays for tariffs, but many US companies have rebutted that claim.

More than 200 footwear firms – including Nike and Converse – said the new duties would add to existing tariffs of up to 67 per cent on some shoes, driving up costs for consumers by $4 billion each year, the BBC reported.

It said the incoming tariffs on footwear “will also mean these massive tax increases hit tens of millions of Americans when they purchase shoes during the holiday season”.

In addition to imposing new tariffs, the Trump administration also plans to raise the rates on existing duties from 25 per cent to 30 per cent on October 1.  (Agency)