Home Guest Articles US out, Australia in: The new education pillar in Canberra-Delhi ties –... 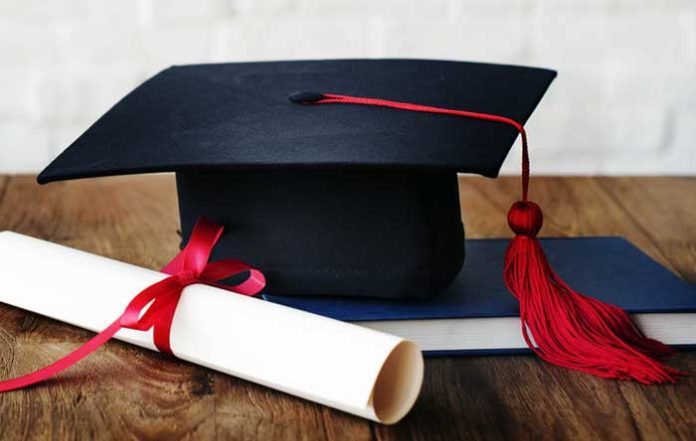 Australia is fast emerging as the preferred higher education destination for meritorious Indian students and there is credible speculation that it would challenge the traditional preference for the US before long. There are various reasons behind this. First, perceptions about the US have undergone a dramatic change.

Several recent developments and government policies, including reportage of incidents of continued attacks against migrant and non-white communities, suggest that the US is no longer the melting pot it hoped to be, nor is it welcoming of foreigners. The us-versus-them attitude has taken deep root triggering a sense of pervading nationalism and fostering a culture of intolerance. This is unfortunate because the US stood for certain values that it appears to no longer uphold.

Australia, on the other hand, with its commitment towards cultural diversity and embrace of multiculturalism offers a significantly welcoming living experience. Second, while the US, most certainly, is home to some of the most outstanding universities, such as, Harvard, MIT, Stanford, Princeton, Yale and others, most students gravitate towards lesser known universities.

The attraction of the US was never for education but rather to live and work in the US. Big homes, two gas-guzzling cars and vacationing in Disneyland, the Grand Canyon or Las Vegas was the American dream that the best and the brightest Indians craved for. This dream lasted for several decades making the US the sought-after higher education destination.

Illusions that ‘we are like you’ evaporate quickly, and indeed, did. Resident Indians realised that they were living a fake dream. As stories of attacks on Indians were analysed, they recognised that they would never be socially accepted, by ‘genuine’ white-bred Americans, as ‘one of our own’, even if they sang the anthem with enthusiasm and genuine fervour.

Indians, like many others, were different. They were the outsiders. They stole jobs and lived in big houses. They were not welcome. This shattered the myth of acceptance and their dream. All they ever wanted was to contribute and be part of the American dream. Now, they saw themselves only as bystanders. This was the ultimate in losing face.

Remove tolerance and social acceptance from the equation and the US collapses as a higher education preference because education was never the driving force per se for Indian students when they looked towards the US. Australia immediately scores on this count.

Third, the discovery of Australia for under graduate and post graduate studies is a relatively recent phenomenon. There are four Australian universities in the world’s Top 50 as per the recent QS international rankings with UNSW jumping two places this year. With over 60,000 students on campus, one-third of who come from 150 countries, UNSW Sydney offers a unique learning and living experience that leverages global education with employability.

It offers education at scale without compromising on quality. This is why its Schools of Engineering, Built Environment, Law and Business rank among the best in the world. By constantly revisiting its pedagogy and curriculum, the university has come up with unique double degree options, pathway and diploma programmes.

Its latest offering of a course on Politics Philosophy and Economics (PPE) is aimed specifically at creating global leaders in a world where liberal arts is gaining increasing traction in a future where artificial intelligence would trigger wide-spread job losses.

Fifth, US education providers have taken the Indian market for granted. As any management student would tell you, markets abhor complacence. Last year, UNSW Sydney put together an outreach programme for Indian students in the cities of Delhi, Chennai, Pune and Mumbai that not only wowed visitors but also won the second prize at an international marketing awards event in Hong Kong.

This year, the experience would return in August and would be held in the cities of Bangalore, Chennai, Mumbai and Delhi. UNSW’s USP lies in its constant effort to connect with students and their parents. Telling the story and telling it well is the first principle of marketing. As the students said during last year’s India Open Days, UNSW has a great story to tell!

Sixth, UNSW Sydney, as the first Go8 Australian university, has decided to take on the US September intake head on by offering a September intake from this year onwards, for which enrolments open on July 1. This is a clear signal from UNSW that it can offer a far superior learning and living experience to Indian students.

Finally, India-Australia relations are growing at a stable and predictable pace. There is increased understanding among the people and governments of both countries of areas of strategic convergence. We not only share concerns but also aspirations. Ours is a relatively new relationship and one of discovery. Great things can happen.

With Washington, on the other hand, India is the relatively disadvantaged partner understandably because of the asymmetries in the relationship. Furthermore, Indo-US relations has always been fraught with a measure of significant risk and uncertainty. Canberra-New Delhi, on the other hand, is the relationship to foster and nourish. As the distinguished Australian diplomat, Peter Varghese, put it, collaboration in higher education can well emerge as a strong pillar in bilateral relations.