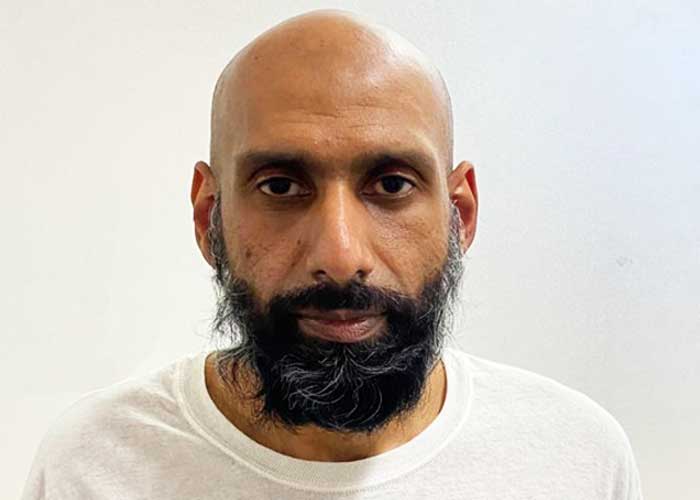 Convicted Al Qaeda terrorist Mohammed Ibrahim Zubair, found guilty of raising funds for the terrorist organisation in the United States, has been deported to India after completing his sentence, intelligence sources said.

Zubair was deported two days back along with 167 other Indian deportees, intelligence officials said on Thursday.

According to intelligence officials, the deportees were brought on a special flight to Amritsar on May 19. Since then India-born Zubair, 38, has been quarantined at a centre in Amritsar, an official told, requesting anonymity.

Investigative agencies sources confirmed that after Zubair was deported to India, he has been questioned security officials to find out his links to terrorists in India.

According to intelligence officials, Zubair, an engineer from Hyderabad, was arrested in 2011 on charges of terror financing. He was convicted for raising money for Al Qaeda leader Anwar al-Awlaki in 2009.

According to the US Justice Department, Zubair has been accused of financing terrorism in a bid to support violent jihad against the US military in Iraq.

“Ibrahim Mohammad (Zubair), an Indian citizen, studied engineering at the University of Illinois Urbana-Champaign from 2001 through 2005. In or around 2006, he moved to Toledo, Ohio, and married a US citizen. He became a lawful permanent resident of the United States around 2007,” the US Justice Department said in a press release in 2018.

The Justice Department further stated that Zubair was a citizen of India and brother of Farooq Mohammad, who was also arrested for the terror crimes.

Citing his role in the terror funding, the US Justice Department said that Zubair, exchanged several mails between 2005 to 2009 with his brother, about the funds and the jihad against the US.

The US Justice Department also stated that Zubair joined the terrorist organisation after watching videos of al-Awlaki. And on directions of his brother, he received money from two Pakistani associates — Sultan Salim and Asif Salim — and deposited it into his brother’s accounts.

According to the US Justice Department, Zubair also tried to hide the high value transactions with his brother by telling authorities that he has sold his car and other stuff to his brother.

The US Justice Department further alleged that Zubair’s brother also travelled to Dubai, and used Zubair’s US address for bank transactions while Zubair also facilitated in transferring the money to his brother there so that it could be handed over to the Al Qaeda leader.

It further said that in 2009, Mohammad along with two people had travelled to Yemen and gave around a huge amount to al-Awalki’s associates.

According to the US Department of Justice, Zubair had pleaded guilty for terror crimes and was sentenced to five years in jail while his brother was given 27 years imprisonment.  (Agency)