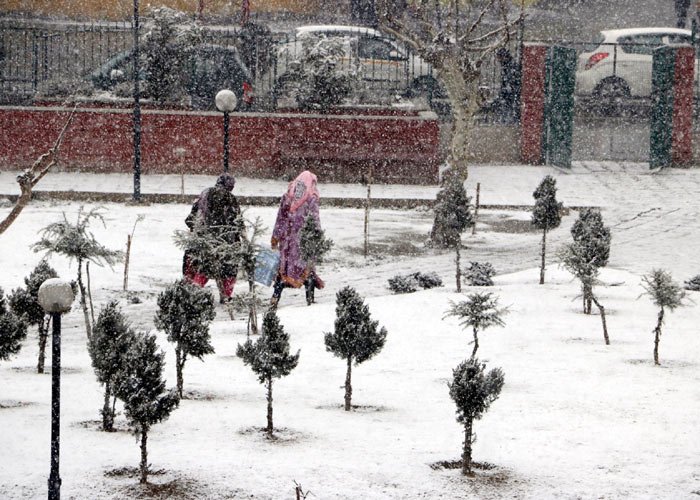 Electricity supply in most parts of Kashmir remained affected for the second day on Friday after massive and untimely snowfall.

Though the administration said that restoration work was being carried out, the supply in the whole of the valley was badly affected, including many of the hospitals, which were using their own emergency measures.

“Our priority is to bring electricity to the hospitals and by tomorrow evening we should be able to restore electricity in whole of the city,” Hashmat Qazi, Chief Engineer, Power Development Department told IANS.

Regional Divisional Commissioner, Baseer Khan told IANS: “Electric lines are being rectified and electricity in most areas of Srinagar will be restored by evening.”

The electricity department is also taking help from the State Disaster Response Force (SDRF ) teams to get the transmission lines rectified.

“I had to wash my face with a mug of water which I collected from the snowmelt from the roof. There is no electricity for the past two days in our area and we could not get the water supplied to the water tanks on the roof,” said Bashir Ahmed, a resident of Rawalpora in Srinagar.

Life remained paralysed in the valley for the second day even as the weatherman has predicted a slight relief from Friday afternoon onwards.

The snow fury brought devastation, uprooting trees and electric poles at many places.

Seven, including two army porters, died in snow related accidents across the valley since Thursday. The two army porters were killed after being caught in an avalanche at Farkiyan gali in Kupwara.

Hundreds of villages across the valley were cut off after the link roads got blocked by the snow. The remote areas like Gurez and Tanghdhar have remained totally cut off for the past two days.

Commuters had a tough time due to snow which accumulated on the roads. “In a one and a half km stretch of link road, 20 trees had fallen between Bagh-e-Mehtab and Rawalpora in Srinagar. I had a tough time reaching home,” said Ayyaz Ahmed, who lives in Badgam.

The Srinagar-Jammu national highway continued to remain blocked for the second day with hundreds of vehicles stuck on the roads.

Dismissing fears that the valley may face shortage in food and medical supplies, Baseer Khan said: “There is no dearth of essential supplies and stocks are for 6 months.”  (Agency)