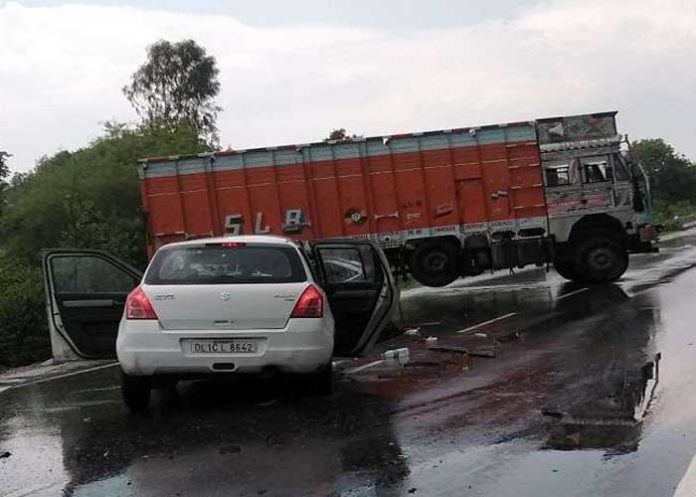 The Unnao rape survivor was still on a ventilator on Thursday – the fifth day after the Sunday road accident, which had left two of her aunts dead and she and her lawyer injured – and her condition was still critical, doctors said.

There was no appreciable upturn in her condition, which is still grave, said King George Medical College spokesperson Sandeep Tiwari, though the condition of her lawyer Mahendra Singh had improved marginally.

Singh, who was on oxygen for 10 hours, was then shifted to a ventilator and this change had been done several times, he said.

Tiwari said that the CT scan report of the woman was roughly normal, and her blood samples have been drawn for various checks.

He said that in such a condition as hers, no patient is off ventilator support, which is provided for some brief periods in order to support the internal organs.

The rape survivor and her lawyer were severely injured and both her aunts killed as a truck collided with their vehicle on Sunday afternoon as they were on their way to the Rae Bareli jail to visit her uncle.

Meanwhile, the Unnao Superintendent of Police has suspended three of the six police personnel deployed with the rape survivor for her protection.

According to the district police chief’s spokesman, three police personnel – Sudesh Kumar, Ruby Patel and Anita – faced action for not fulfilling their responsibilities. Of the six police guards, three were deployed at her home while three were tasked with accompanying her when she travelled outside.

When the accident occurred on Sunday, none of the police personnel were with her. While police have said that it is possible that the security personnel were left behind as there was no space in the vehicle, however, it was argued that there were only four people in the car, including the rape survivor.  (Agency)