Following the death of Deputy Sandeep Singh Dhaliwal, a 10-year veteran of Harris County Sheriff’s Office who served as Director of Homeland Security for United Sikhs, the organization today launched a GoFundMe campaign and announced plans for an interfaith prayer vigil to be held on Monday, Sept. 30 at 7 p.m. at Gurdwara Singh Sabha (1201 Abrams Road, Richardson, Texas).

The organization’s legal department is also working with local authorities to ensure the assailants behind his murder will be brought to justice to the fullest extent of the law.

“Deputy Sandeep Singh Dhaliwal was a gift to the world,” said Gurvinder Singh, International Director of Sikh Aid programs for UNITED SIKHS. “He is a hero, a devout Sikh American that spread seva (selfless service) in all walks of life.

Sandeep was a wonderful role model to the community, the nation and a world ambassador of seva. Wherever there was misery, a call for help, the need to give back — we would find Sandeep leading the way forward championing for all communities.”

Deputy Sandeep Singh Dhaliwal was fatally shot while conducting a traffic stop on Friday afternoon, Sept. 27. He proudly served Harris County, Texas, his country and the world as a public servant and humanitarian.

In the wake of Hurricanes Harvey and Maria, he led teams of UNITED SIKHS volunteers to provide disaster relief to those in need across Texas, Florida and Puerto Rico. In Punjab, India, he led the effort to help us provide humanitarian aid for farmers working to survive a record drought.

In his role as Homeland Security Director, Deputy Singh advised the NGO and national Sikh community on how to remain vigilant against any potential threats of hate crimes and advocate for their religious rights.

UNITED SIKHS established a fund via gofundme for Deputy Singh’s wife and three young children to help support their educational needs and to continue his aspirations to uplift humanity and his fellow first-responders. Within the first few hours of launching the campaign, more than $30,000 in donations poured in from supporters around the world. The link is available at https://www.gofundme.com/f/rest-in-peace-deputy-singh.

“The outpouring of support from far reaches of the globe are a testament to the many lives Deputy Singh touched,” said UNITED SIKHS CEO Jagdeep Singh. “We are grateful to the gracious donors who have come forward to help uplift his family in light of this tragic loss. We applaud Harris County Sheriff’s Office for their swift response to the heinous ambushed attack and look forward to working alongside local authorities to ensure justice is served to the fullest extent of the law.” 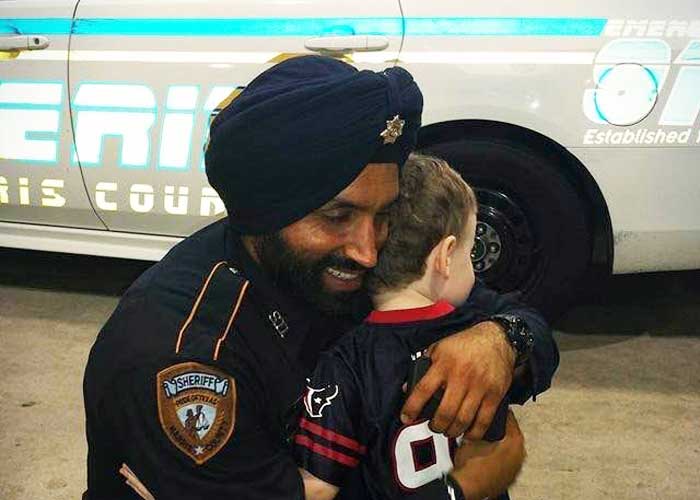 “Deputy Sandeep Dhaliwal was the reason I went from Seattle to Houston to help with Hurricane Katrina Relief efforts,” wrote supporter Paul Sandhu via gofundme. “He was someone I could relate to and drew me in. He was a great soul and touched many in his life.”

All comments posted on UNITED SIKHS’ social media pages are appreciated and will be shared on a card presented to the family. In light of the tragedy, the NGO encourages people of all faiths to lift up prayers for Deputy Singh’s family. In his honor, UNITED SIKHS is working towards launching Deputy Singh’s vision of establishing an emergency fallen heroes fund for first-responders working in the line of duty.