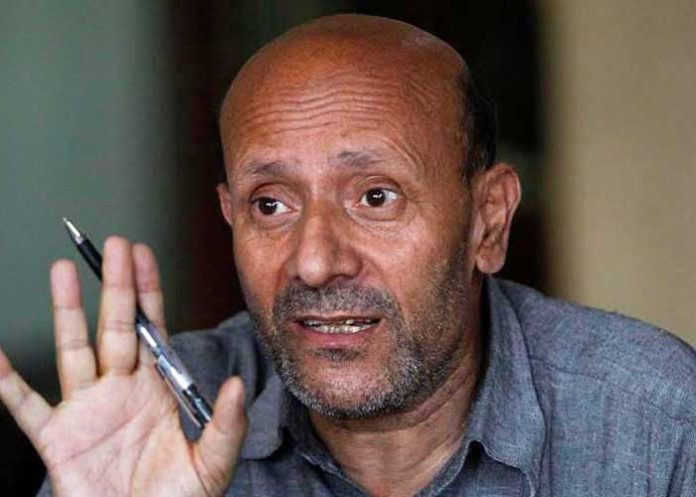 Addressing a press conference called by the Peoples United Front (PUF), an amalgam of AIP and the former bureaucrat, Shah Faesal-led Jammu Kashmir Peoples Movement (JKPM), Rashid said time was running out for the political parties of J&K to reach a consensus to defend the special status of the state.

“We know that the National Conference, the Peoples Democratic Party and the Peoples Conference are together responsible for the present mess in Kashmir, but this is not the time to find faults with each other.

“If they want to merge all the parties and make one strong regional party, we are also ready for that,” said Rashid said asking former chief minister and National Conference Vice President Omar Abdullah to convene an all-party meeting to defend state’s special status.

He criticised the Peoples Democratic Party-led by Mehbooba Mufti for abstaining from voting over the Triple Talaq Bill in the Parliament on Tuesday.

Addresing the conference, Faesal said the people of the state must understand that the special status was not only for the Valley alone, but for all the three regions — Jammu, Ladakh and the Kashmir.

He thanked the former president of the Jammu Bar Association for standing up in favour of the state’s special status.  (Agency)