Home National Union Minister travels in Delhi Metro, asks ‘What is so surprising in... 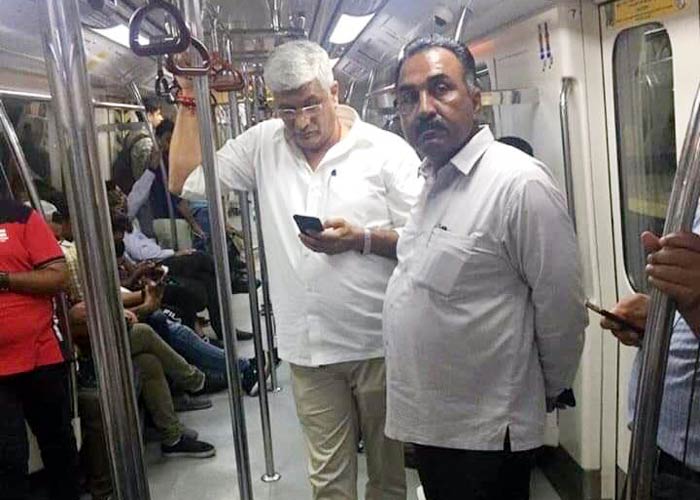 A Union minister in the Narendra Modi-led Cabinet, known for his simple and down-to-earth image, has taken everyone by surprise by travelling along with general commuters in the Delhi Metro.

What’s more surprising is the minister did not even ask for a seat throughout the journey on Tuesday night, in a relatively crowded coach.

When IANS asked how being a minister, could he travel by a Metro train, just by holding on to a grab rail, without sitting, he humbly replied: “What’s so surprising in that?”

“Yes, I am a minister… so? Can’t I travel in a Metro train? It’s an enjoyable experience,” he added.

But how did the idea of taking ride in Metro strike his mind?

“I had to attend a private function in Faridabad, and felt like taking the Metro from Delhi,” he said.

He also said that at 10 p.m. he again boarded the Metro to go to the IGI Airport.

“I had to travel out of Delhi.”

IANS also browsed through some pictures in which the minister can be seen dressed in the simplest of clothes, holding a hand rail inside the Metro compartment, talking on the mobile phone — much like a ‘common man’.

Another person — probably an acquaintance or staff — is seen accompanying him.

So who is the minister we are talking about?

It’s none other than Jal Shakti Minister Gajendra Singh Shekhawat.

In 2014, he secured a victory in the Lok Sabha polls by a margin of over four lakh votes.

Born on October 3, 1967 at Mahroli village in Rajasthan’s Sikar district, Shekhawat has studied in the Oxford University.  (Agency)