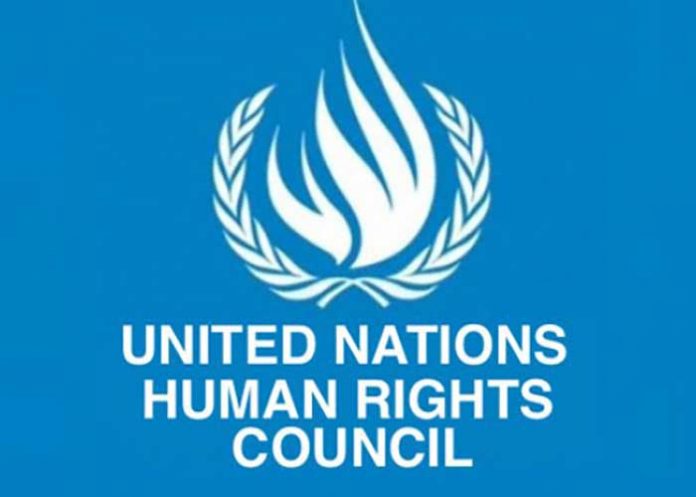 New Delhi, Oct 15, 2020-
Is the UN Human Rights Council (UNHRC) becoming totally irrelevant? Has it lost its credibility, much like the World Health Organization? Many heads are nodding in affirmation after both China and Pakistan, the global hotspots for major human rights violations, were last night re-elected to the UNHRC.

The Human Rights Council is an inter-governmental body within the United Nations system made up of 47 States elected for staggered three-year terms on a regional group basis. It has the ability to discuss all thematic human rights issues and situations that require its attention throughout the year. The member states are responsible for the promotion and protection of all human rights around the globe.

The eternal optimists will however portray that China ‘just’ managed to sneak in. They’ll tell you that China got the least votes (139) of any candidate elected Tuesday and suffered a loss of 41 UN member state votes this time around (from 180 it had received in 2016). All this to suggest that China’s image has indeed been dented in recent times.

The reality is that China has made it to the UNHRC in spite of the abysmal rights record.

Xinjiang, Hong Kong, Tibet, mass surveillance, bullying Taiwan, et al were trending issues on social media – and hopefully, of global importance – but not good enough to punish the Xi Jinping regime. China’s re-election has proved that the plight of Uighurs, the Tibetans or the Hong Kong protestors seeking freedom hardly matters to the rest of the world. Not to the United Nations General Assembly, it seems.

As someone wrote on Twitter: “Why not invite North Korea to join too? Even better, why not resuscitate Hitler to take part on the UNHRC?”

Not too long ago, in June to be precise, as many as 50 UN independent experts had in an “unprecedented call” communicated with the Chinese government their “alarm” regarding the repression of fundamental freedoms in China.

From the collective repression of the population, especially religious and ethnic minorities, in Xinjiang and Tibet, to the detention of lawyers and prosecution and disappearances of human rights defenders across the country, allegations of forced labor in various sectors of the formal and the informal economy, as well as arbitrary interferences with the right to privacy, to cybersecurity laws that authorize censorship and the broadly worrying anti-terrorism and sedition laws applicable in Hong Kong, they conveyed their displeasure about everything wrong that has been going on in China for long now.

In the end, all of this too couldn’t really stop China from snaking its way into the top human rights body.

Do remember that in the last decade, despite many requests by UN Special Procedures (the individual independent human rights experts, or groups of such experts, who report and advise on human rights issues), the Chinese government has permitted only five visits by the officials.

“Today, the Chinese government, which is responsible for industrial-scale human rights violations, including the arbitrary detention of a million Turkic Muslims in Xinjiang and the deaths in custody of peaceful critics, such as 2010 Nobel Laureate Liu Xiaobo, was re-elected to the United Nations Human Rights Council,” wrote Sophie Richardson, the China Director for New York-based Human Rights Watch.

The United States said that Tuesday’s elections only further validate its 2018 decision to withdraw from the UNHRC as the “world’s worst human rights abusers” are elected to seats on the Council.

“Prior to making this decision, and after our exit, the United States has urged UN member states to take immediate action to reform the Council before it became irreparable. Unfortunately, those calls went unheeded, and today the UN General Assembly once again elected countries with abhorrent human rights records, including China,” Secretary of State Mike Pompeo said in a statement.

China’s iron brother Pakistan, another major human rights abuser, is also celebrating its inclusion in UNHRC. Reams of reports have been published on the daily persecution of ethnic and religious minorities in deep state Pakistan. Country’s media is operating in a climate of fear, arbitrary arrests and extra-judicial killings happen everyday over blasphemy allegations. But, as Pompeo said, the calls went unheeded here too.

You don’t need a degree in international affairs to spot a compulsive liar here.

Only last month, Pawan Badhe, First Secretary at the Permanent Mission of India in Geneva, had ripped the Pakistani claims at the UN Human Rights Council session in Geneva, shaming the Imran Khan government for funding cross-border terrorism and ethnic cleansing of its minorities.

“Not a single day has gone by when a family in Balochistan doesn’t find its members picked up or kidnapped by the security forces of Pakistan,” the Indian representative told the council.

Meanwhile, the world is still going mad over how a country which has placed millions in concentration camps or another one where Hindu, Sikh and Christian girls are kidnapped, raped and forcefully married every day is elected to a United Nations humans rights body.

As Israel’s Ambassador to the UN Gilad Erdan said, “Today’s Human Rights Council elections prove once again that this council has nothing to do with protecting human rights and everything to do with violating them.”

The credibility of UNHRC hangs in balance. (Agency)