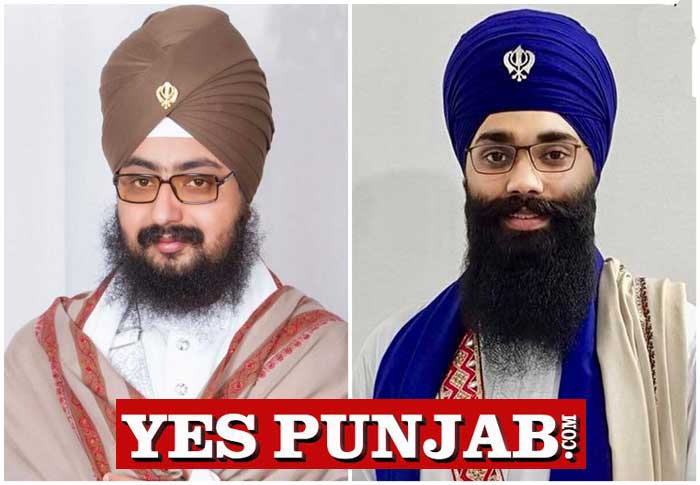 Taking a major decision on Bhai Ranjit Singh Dhadrianwale and Bhai Harinder Singh of NIrvair Khalsa Jatha, various Sikh bodies and Gurdwara Committees in UK have announced to ban the two Sikh preachers. The organizations have also called for boycott of the two.

It is pertinent to mention here that a video of Bhai Harinder Singh had gone viral on social media where he alleged that Guru Nanak Dev Ji Maharaj might have been murdered or kidnapped and the truth was never told.

There was a widespread and worldwide outrage over the comments causing the committees to have a Panthic meeting on the issue.

The meeting took place at the Guru Har Rai Sahib Gurdwara and the following resolutions were passed unanimously.

According to the resolutions passed at the meeting Bhai Ranjit Singh Dhadrianwale and Nirvair Khalsa Jatha group were banned from all Gurdwaras in the UK. It also said that no Sikh should speak to the two until the two presented themselves before Sri Akal Takht Sahib.

Another resolution requested Sikh Sangat not to book any of the two at any event or to share any posts related to Nirvair Khalsa Jatha and Bhai Dhadrianwale on social media.

In yet another resolution, Gurdwara committees were directed to not to book anyone from Dhadrianwale group.

The meeting, in another resolution directed Sikh media not to give any exposure to the Dhadrianwale group.

It was observed that Sri Akal Takht Sahib was aware of the group’s activities and strong action was requested against Bhai Dhadrianwale and his entire group.

The Gurdwara committees requested the Akal Takht Sahib and Gurdwaras around the world to come together to take strict action against the group.

It was claimed that this action was taken by a large group from representatives of majority of UK Gurdwaras and sangat and all committees were requested not to keep any relation with the Dhadrianwale group. 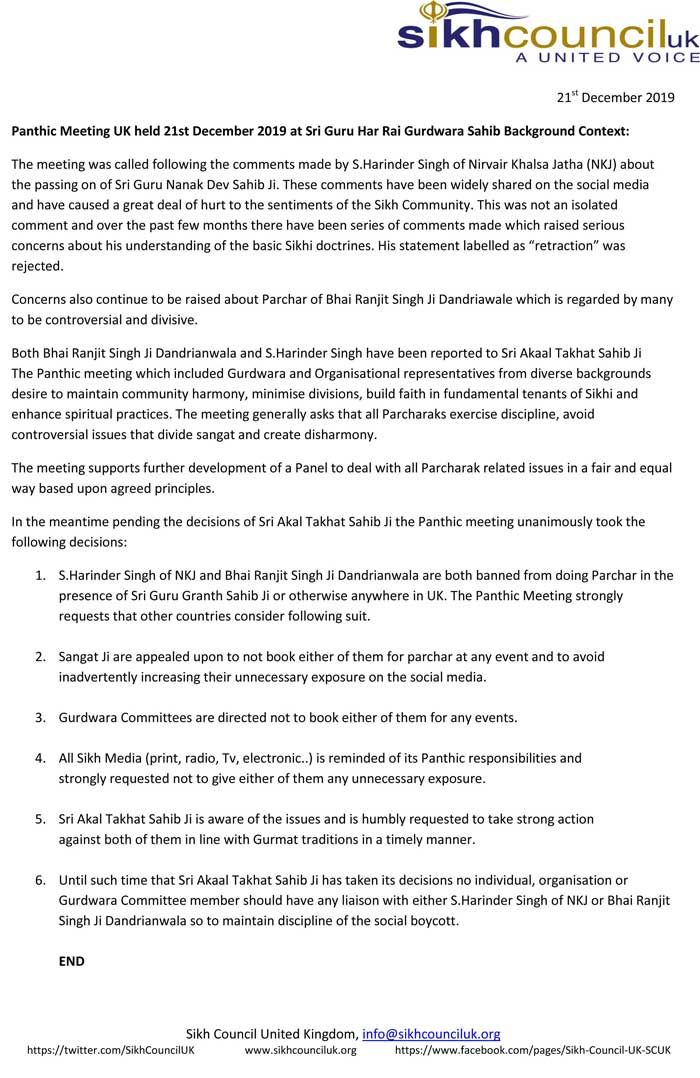 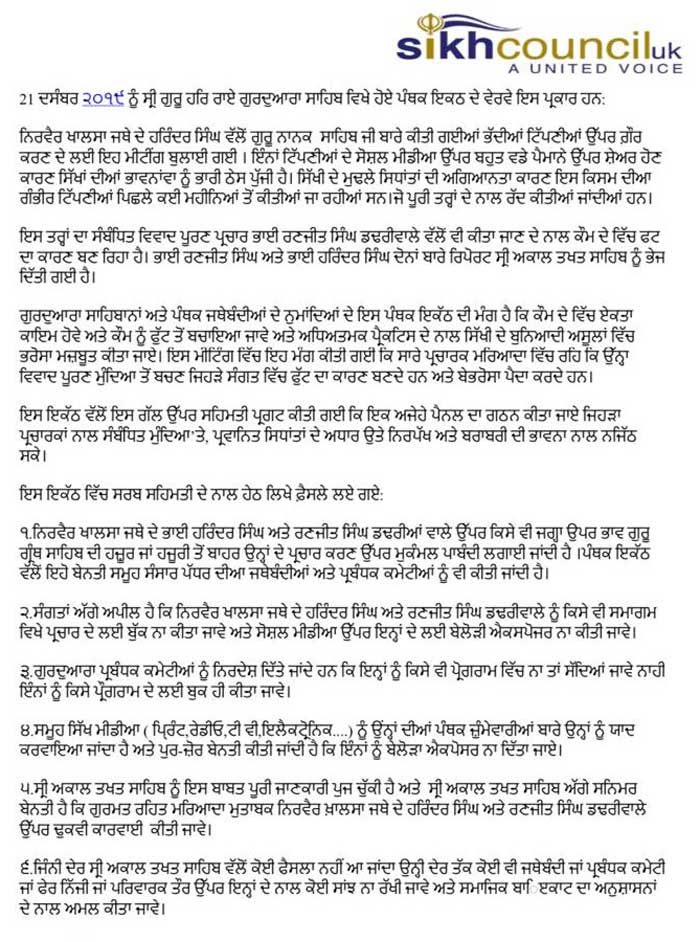