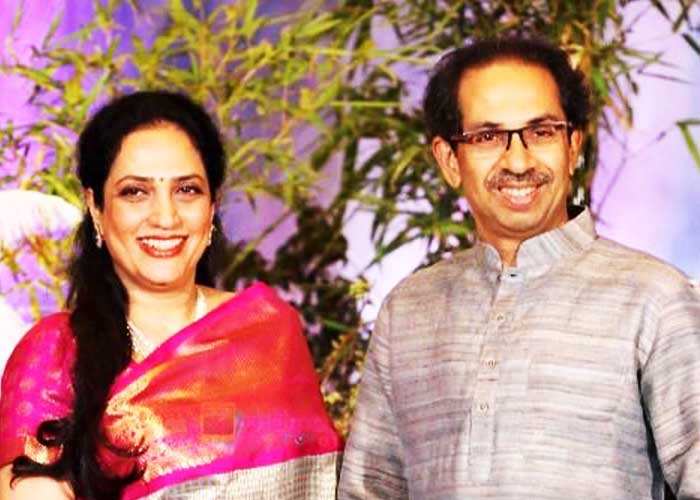 In a surprise development, Rashmi Thackeray – wife of Maharashtra Chief Minister Uddhav Thackeray – has been named as the new Editor of ‘Saamana’ Group, here on Sunday.

Celeb-banker and wife of Leader of Opposition Amruta Fadnavis congratulated and offered her best wishes to Rashmi Thackeray on her new appointment.

“Our country needs more women in top leadership positions to represent the issues of women and society and also have a platform to voice their opinions in matters of public importance,” said Amruta Fadnavis.

Her unexpected appreciation came as she regularly trained guns at Chief Minister Uddav Thackeray in the past three months and days after she suggested that Minister Aditya Thackeray was a ‘worm’, sparking off a massive political furore in the state.

Today’s statement is viewed as an olive branch extended by Amruta Fadnavis after a Sena senior leader wrote to the Rashtriya Swayamsevak Sangh demanding that she and her husband (Devendra) should be ‘reined in’ from throwing irrelevant political barbs at the Thackeray family.

Earlier in the day, an announcement appointing Rashmi Thackeray, 58, was made in the newspapers by the group publisher Rajendra M. Bhagwat with names of the other Trustees shown as Subhash R. Desai and Liladhar B. Dake.

When contacted, a party leader said that since she has now been assigned the onerous responsibility, she will take it up earnestly, but declined to elaborate.

However, the family’s close confidante Sanjay Raut and Rajya Sabha Member will continue to be the group executive editor and pen his famed fiery edits and commentaries.

While the multi-edition Marathi ‘Saamana’ was founded on January 23, 1983 with the late Thackeray as its Editor, the Hindi ‘Dopahar Ka Saamana’ was launched on February 23, 1993.

Rashmi Thackeray will step into her husband’s footsteps who quit the post after becoming CM which he had held after his father, the late Balasaheb Thackeray.   (Agency)