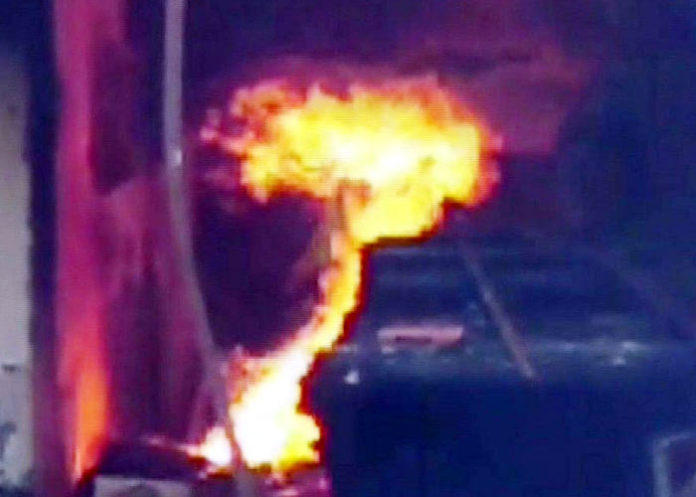 Two labourers were killed and 12 others injured in a blast in an iron furnace unit in Punjab’s Ludhiana town, police said.

The injured, most of them migrant workers, were rushed to hospitals here with 25 to 30 per cent burns. Two of them have been shifted to Rajindra Medical College and Hospital in critical condition.

The labourers were involved in remodeling hot iron when the incident occurred, a police official said. The blast was so powerful that the factory was also partially damaged.

“We rushed to the site on hearing the sound of the blast. Two labourers died due to burns, while 12 others were admitted in hospital,” a labourer told the police.

Prima facie it appears to be a case of negligence, said the official.

Ludhiana and its nearby town Mandi Gobindgarh are iron industry hubs of Punjab.  (Agency)