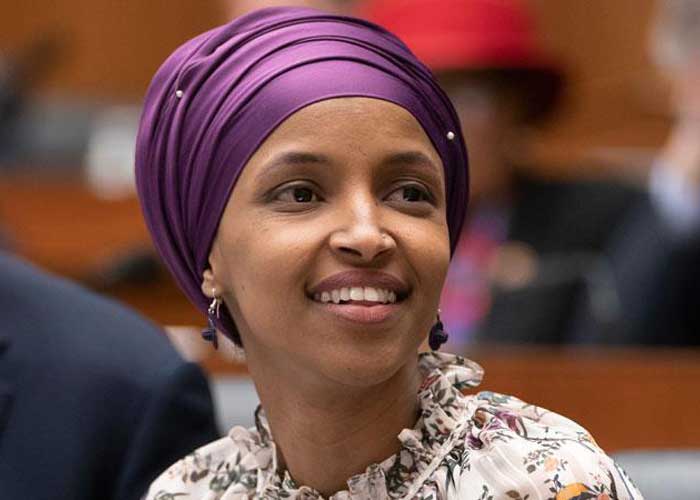 In an apparent warning to US President Donald Trump, Twitter has shut down Republican Danielle Stella’s account after she tweeted twice about hanging her Democrat opponent Rep. Ilhan Omar (D-Minnesota).

Stella, a candidate in Minnesota’s 5th Congressional District, posted: “If it is proven @IlhanMN passed sensitive info to Iran, she should be tried for #treason and hanged.”

Omar has been a frequent target of smears and attacks by Trump and his supporters.

In an action unprecedented in modern times, the House of Representatives in July this year passed a resolution condemning Trump and denounced his “racist comments” against four leftist, non-white women Representatives after a chaotic debate.

Trump had tweeted that the “Progressive” Democrat Congresswomen should “go back and fix the totally broken and crime infested places they came from”.

Of the four Congresswomen, Omar was born abroad in Somalia, but she is an American citizen.

The other three, Alexandra Ocasio Cortes, who is of Puerto Rican descent, Ayanna Presley, who is African American, and Palestinian American Rashid Tlaib were born in the US.

“In April, Omar said she experienced an increase in death threats after Trump tweeted about a speech she had given the month before,” reports CNN.

Stella was quoted as saying in media reports that her suspension “for advocating for the enforcement of federal code proves Twitter will always side with and fight to protect terrorists, traitors, pedophiles and rapists”.

“This is the natural result of a political environment where anti-Muslim dog whistles and dehumanization are normalized by an entire political party and its media outlets,” Omar said.

Twitter has come under attack for not taking action against world leaders including Trump for tweets that often violate its rules.

The company announced this year that it would not always remove tweets from world leaders which break its rules, but are in the “public interest”.  (Agency)