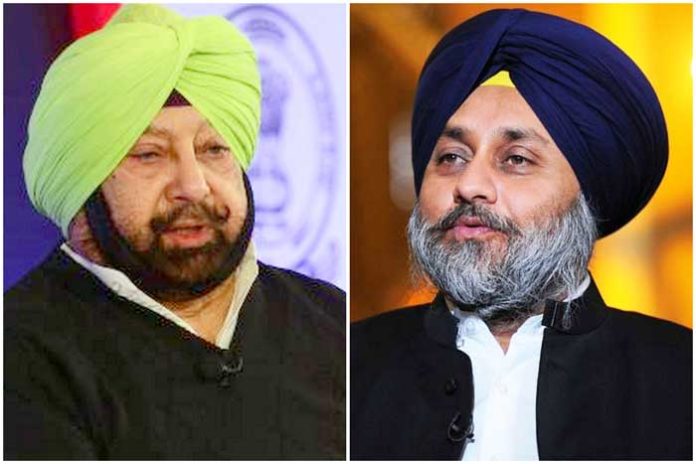 The border state of Punjab is witnessing very hectic political activity. The Akali factions led by Sukhbir Singh Badal and Sukhdev Singh Dhindsa are engaged in wordy war and leveling accusations against one another.

Similarly, the ruling Congress is witnessing dissent and the Congress legislators and the workers are unhappy with the domination of the bureaucracy and the alleged dependence of the Chief Minister on the same.

The Congress legislators and the workers are feeling sidelined by the bureaucracy and they were worried that with two years to go to the Punjab Vidhan Sabha polls, they will find it difficult to reply to the questioning of the people of the state.

The Akali political scene has become hot since Sukhdev Singh Dhindsa a veteran Akali leader of the Shiromini Akali Dal who resigned from all posts of the Akali Dal and raised the banner of revolt against the leadership of Sukhbir Singh Badal after humiliating defeat of the SAD in 2017 Vidhan Sabha elections, has become active and has joined hands with the Taksali Akali leaders and other factions of the Akali Dal in a bid to dislodge the Badals from the Shiromini Akali Dal and the SGPC.

Parminder Singh Dhindsa former finance minister and son of Sukhdev Singh Dhindsa who also resigned from the leadership of the Legislature party of the Akali Dal led by Sukhbir Badal, has joined his father. The core committee of the Shiromini AkaliDal has suspended both father and son duo and issued them a chargesheet to seek reply within fifteen days.

Both Sukhdev Singh Dhindsa and Parminder Dhindsa had announced that they would continue to remain in the Akali Dal and would fight against the dictatorial style of functioning of Sukhbir Badal, but the core committee has sent them show cause notices and they are likely to be expelled from the Akali Dal led by Sukhbir Badal.

They have rallied round Sukhdev Singh Dhindsa. Ravi Inder Singh former speaker of the Vidhan Sabha and president of the Akali Dal 1920, Paramjit Singh Sarna, President, Akali Dal (Delhi) and former president Delhi Sikh Gurdwara Management Committee (DSGMC) and Manjit Singh GK former president of the DSGMC have also gone with Dhindsa and they are collecting all those leaders who are unhappy with the Badals.

The aim of these groups is to free the Shiromini Akali Dal and SGPC and Akal Takhat from the clutches of the Badals. They have organized a rally at Delhi to collect Sikhs of Delhi.

Sukhdev Singh Dhindsa and other Akali leaders have demanded the holding of the elections of the general house of the SGPC which they claim are due since 2016. They propose to meet the Home Minister to appoint a Commissioner for conducting the Gurdwara Elections of SGPC controlled gurdwaras. The election to the SGPC affiliated gurdwaras are conducted by the Home Ministry.

The factions opposed to Sukhbir Singh Badal have alleged that the Badals are using the SGPC and the Akal Takhat as their personal fiefdom and interfering in the administration of the SGPC. Corruption is rampant in the SGPC due to the connivance of the Badals.

Sukhdev Singh Dhindsa told this writer that they would continue their fight against the authoritarian functioning of Sukhbir Badal and revive the original Akali Dal of 1920. Dhindsa has questioned Sukhbir and asked him to explain about his contribution to the Akali Dal except that he has snatched the control after his father Parkash Singh Badal who has become inactive because of his old age.

Sukhbir Singh Badal has been re-elected as president of the Shiromini Akali for third time last month and claims to enjoy the majority support of the rank and file.

Meanwhile dissent is brewing in the ranks of the ruling Congress as the Congress legislators and the workers find themselves sidelined by the state bureaucracy. They are critical of the Chief Minister who is not ready to listen to their grievances against the bureaucracy.

Sunil Jakhar has also met the Chief Minister Captain Amarinder Singh a number of times and urged him to ensure that bureaucracy listens to the genuine difficulties of the people through the legislators and the workers.

Jakhar has also not relished the dependence of the Chief Minister on bureaucracy. Some Congress legislators are not happy because they have not been accommodated on some plum posts although some of them have been appointed as advisers to the Chief Minister.

Some Congress legislators are upset with the Chief Minister for his failure to take action against the Badals for their alleged role in the incidents of sacrilege of Guru Granth Sahib and alleged involvement of the followers of the Dera Sacha Sauda.

They are also not happy over the fact that Congress government has not changed the transport policy of the state and Badals continue to rule the road transport. The transport network of Badals has increased during the Congress rule in Punjab.

Partap Singh Bajwa former president of the PPCC and member of the Rajya Sabha has challenged the leadership of Captain Amarinder Singh and voiced his concern over the deteriorating law and order in the state. Navjot Singh Sidhu who was dropped from the cabinet, has been observing silence and is not at all active in the political activities of the state.

Amarinder Singh government has come under severe attack by the opposition including the Shiromini Akali Dal and AAP over the unprecedented hike in power tariff during the past three years. The consumers in Punjab have to pay the highest power tariff in the country.

Sukhbir Singh Badal who signed the agreements with the private thermal plants has challenged Captain Amarinder Singh and the Akali legislators strongly criticized the Congress government in the Vidhan Sabha session over the hike in the power tariff. The AAP also held a demonstration against the government and staged a walk out over the power tariff hike. There is lot of resentment among the people of the state as well. 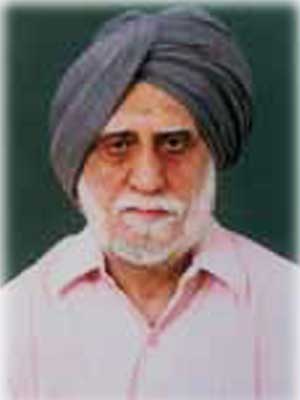 The Congress government did not challenge the power purchase agreements in the Supreme Court and the state government had to pay the fuel washing charges worth several crores as a result of which the tariff was hiked.

Amarinder Singh has announced that they would issue a white paper on the power purchase agreements during the SAD-BJP rule and expose the Akali Dal. But the consumers are suffering badly in political war between the two major parties of Congress and the Akali Dal.