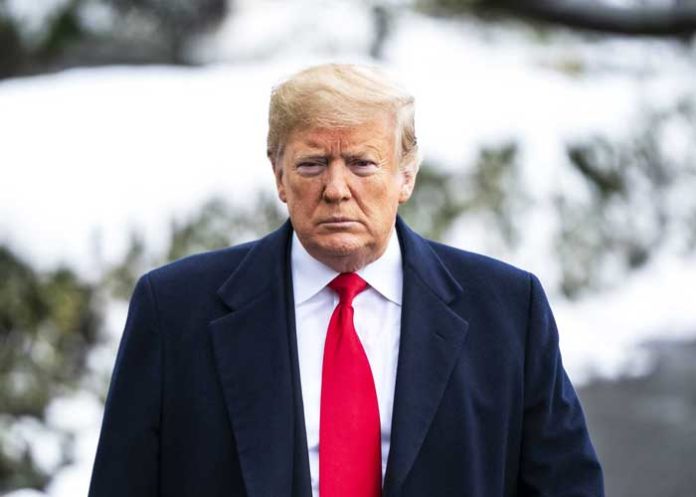 US President Donald Trump can’t seem to let go of his desire to arbitrate the Kashmir dispute and he has circled back to it announcing that he made the offer to Prime Ministers Narendra Modi of India and Imran Khan of Pakistan during their meetings this week.

“We talked about Kashmir,” he said at a news conference here on Wednesday.

He said, “And whatever help I can be, I said — I offered, whether it’s arbitration or mediation, or whatever it has to be, I’ll do whatever I can. Because they’re at very serious odds right now, and hopefully that’ll get better.”

At the same time, he left it to the two leaders to find a way of dealing with the situation.

He said, “You look at the two gentlemen heading those two countries — two good friends of mine — I said, ‘Fellas, work it out. Just work it out.’ Those are two nuclear countries. They’ve got to work it out.”

Yet, he cannot seem to let go off the idea of getting a role for himself with an eye on the Nobel Prize — which he also said he would not get whatever he did — even though he said it won’t be possible if both sides did not agree to it.

The latest statement caps four days of Trump going back and forth on Kashmir as he met Modi first on Sunday in Houston, then Khan on Monday and Modi again on Wednesday.

At the Howdy Modi! rally in Houston, he said, “We are committed to protecting innocent civilians from the threat of radical Islamic terrorism.”

He showered Modi with several superlatives and sat through his speech in which he lashed out at Islamabad for it involvement with terrorism.

But on Monay, just before meeting Khan he said “I heard a very aggressive statement yesterday from India” and that he hadn’t expected it.

He said that “India may come” around to him arbitrating on Kashmir. On Tuesday, before meeting Modi, Trump said that it was for Modi to give the anti-terrorism message to Pakistan and that the two South Asian leaders will work things out.

A White House statement on the meeting said, “President encouraged Prime Minister Modi to improve relations with Pakistan and fulfill his promise to better the lives of the Kashmiri people.”

But all of this is a far cry from Trump’s claim in July as he was meeting Khan that Modi had asked him to arbitrate or mediate on Kashmir.

India denied that any such request was made and US officials concurred saying that it was a bilateral matter.

However, the bottom line remains that Trump has through the twists and turns accepted that it is a bilateral matter as India has maintained and that his role is out unless New Delhi agrees – which it won’t.

After showering high praise on Modi, going to the absurd length of calling him “Father of India”, it was down to the colloquial “Fella” at his press conference on Wednesday.