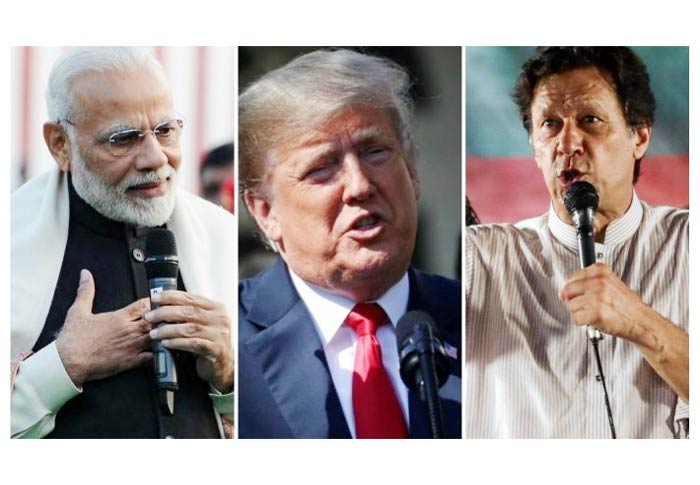 US President Donald Trump has once again offered to help ease tensions between India and Pakistan over the Kashmir issue, even after New Delhi has reiterated that it was a bilateral matter.

While addressing the media at the White House on Monday, Trump said: “I am willing to help them if they want. They know that. That is out there.

“India and Pakistan are having a conflict over Kashmir as you know. I think it is a little bit less heated right now than what was two weeks ago.”

The President added that got along well with both India and Pakistan.

Monday’s development comes after last month’s meeting between Trump and Prime Minister Narendra Modi which took place in France on the sidelines of the the G7 Summit. During the meeting, both the leaders had agreed that Kashmir was a bilateral matter between India and Pakistan with no scope for a third party mediation.

Trump had first offered to mediate when he said in July that Modi had suggested this to him during their Osaka meeting.

But India denied that Modi ever said such a thing and stressed that Kashmir was a bilateral matter.  (Agency)