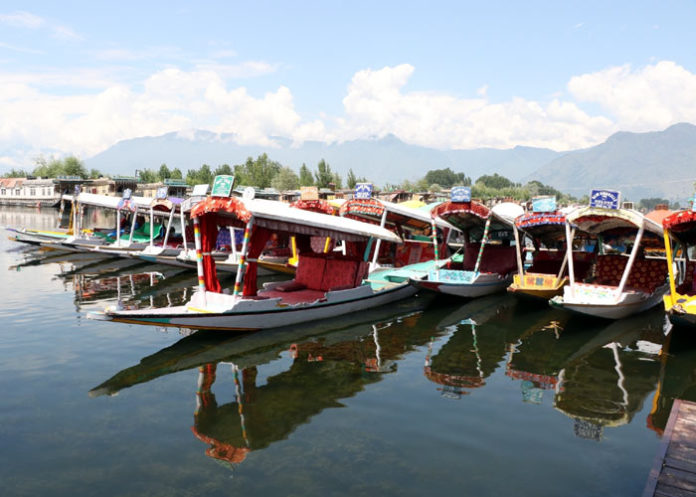 Forty-seven-year-old Mohammad Sultan is a worried man. The Srinagar taxi owner bought a brand new Toyota Crysta car for Rs 19 lakh, exclusively for tourists right at the start of the  in July. He hoped to do some brisk business at the tourist taxi stand on the boulevard road.

He paid Rs 10 lakh from his pocket and took a bank loan of another nine lakh. Little did he know that all his hopes would be dashed to the ground right in the middle of a thriving tourism season. For just when yatra had peaked, the news of scrapping of Article 370 came as a bolt from the blue bringing Kashmir to a halt and also its economy.

“I have failed to pay the EMI of Rs 18,000 for the last two months. It is a major loss for me. I have been a transporter for the last 25 years but have never seen such a bad situation. On any normal day I would earn more than Rs 3,000, but since the abrogation of Article 370, I haven’t earned a single rupee,” Mohammad Sultan said.

Sultan is not alone. There are close to 200 taxis just at the boulevard tourist taxi stand. All of them without work days now. Most of the owners and drivers, jobless at the moment, are sceptical and don’t see the situation normalising in Kashmir anytime soon.

“This taxi stand would fetch a revenue of Rs 5,00,000 per day, but now the revenue has come down to Zero. A group of high-end tourists were scheduled to arrive in Kashmir next month, most of our cars had already been booked. But now their tour operator has diverted the group and cancelled their Kashmir trip,” said Ali Mohammad another taxi driver.

Opposite to this taxi stand, on the other side of the road, life on the picturesque Dal lake has come to a standstill. Shikaras are empty and parked along the edge of the lake.

In the months before the abrogation of Article 370 the Dal Lake was bustling with tourists flocking for shikara rides. But all that has changed. Houseboats and hotels are empty.

There are no tourists and there is no business.

Mohammad Yaseen, a Shikarawala on the Dal lake says he has suffered major losses. All the tourists in the Dal Lake were evicted by the police just ahead of the revocation of Article 370, Yaseen said.

Everyday, now, Yaseen goes to the lake with his boat but returns home in the evening empty-handed. He has failed to find a single boat rider in all these days.

“Earlier I earned Rs 1,000 on any given day, today I don’t earn a single rupee; situation is worse than what was after the killing of Burhan Wani.

“His death led to a violent reaction, but today it is like a slow-burn, we don’t know when this phase of lockdown and restrictions will end in Kashmir,” said Mohammad Yaseen.

However, not all are wallowing. Many shikarawalas have turned innovative to earn their livelihood. Some have switched over as vegetable vendors along the banks of the Dal Lake. There is rush at these stalls as main vegetable markets and shops in Srinagar are still shut.

“It is a good way to earn some money and keep ourselves busy just when nobody is going for a shikara ride. Our main business is down. Till the time tourists start returning we have switched to selling vegetables,” said Farooq Ahmad, a shikarawalla with a new livelihood.

The one most hit though by the exodus of tourists and atmosphere of uncertainty is Kashmir’s hotel industry.

A hotel in upscale Rajbagh area of Srinagar has just closed all its operations. With occupancy rate slipping down to a Zero, the hotel owner was forced to retrench most of his staff.

“Out of 20 employees, we are only left with three employees, other staff members have been asked to remain off pay rolls temporarily,” said Ghulam Qadir, the front-office manager.

And it is not just the capital Srinagar, in other famous tourist places like Gulmarg — most hotels are empty.

Restrictions on public movement and a communication gag have made it all the more difficult for the hotels to run their operations. Hoteliers say they have incurred losses in lakhs since the lockdown began.

“We have 20 rooms in our hotel, all of those would be sold out in any tourism season. But since August 5, not a single room is taken. It is a huge loss every day,” Ghulam Qadir added.

Tourism is the backbone of Kashmir’s economy. Lakhs of people associated with the hospitality and tourism industry have been affected by the ongoing situation in Kashmir. While there aren’t any exact figures about the losses incurred after the abrogation of Article 370, industry experts say the losses could run in hundreds of crores.  (Agency)