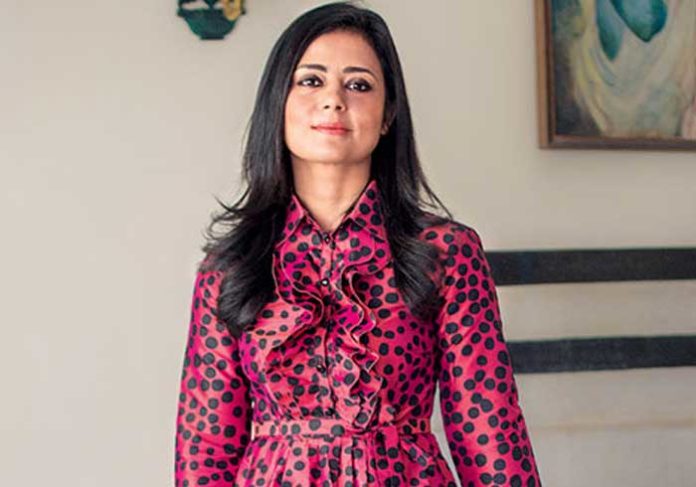 Trinamool Congress (TMC) MP Mahua Moitra on Thursday moved a breach of privilege motion in the Lok Sabha against a Hindi news channel and its anchor for falsely reporting her debut speech in Parliament last week.

“Sir, under Rule 225, I have given a breach of privilege notice against Zee TV and its editor Sudhir Chaudhary for falsely reporting my maiden address in the House,” Moitra said during zero hour in Lok Sabha.

She earlier tried to raise the issue during question hour, but Speaker Om Birla did not allow her. The Speaker said he had received a notice in this regard and the matter was under consideration.

In her speech last week, Moitra lambasted the Modi government pointing out to the signs of fascism during its five years in power. Moitra said she had read about these “signs of fascism” at the World War II Holocaust Memorial in the US.

The speech, which drew a lot of praise on the social media, later invited allegations of plagiarism.

However, after American commentator Martin Longman, the author of article that Moitra was accused of lifting, on Wednesday came forward to clarify that the charges against her were false, the TMC MP lashed out at the media.

“The reason there is so much of mudslinging and lies sold as news to unsuspecting public all over is because the perpetrators are allowed impunity by the powers that be,” Moitra tweeted.