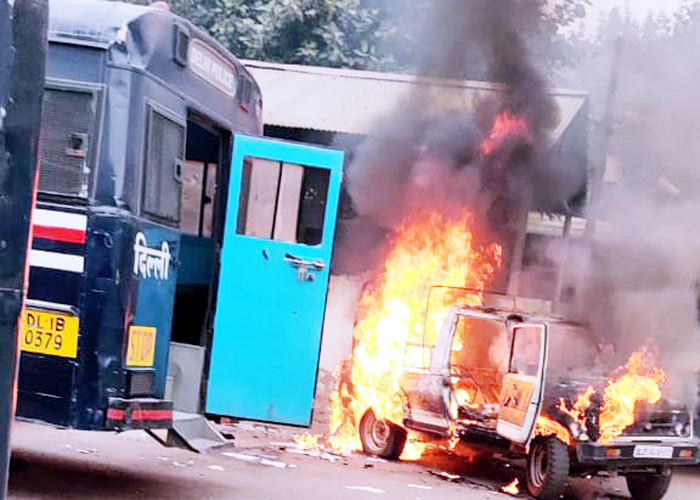 Security at the Tis Hazari complex has been tightened in view of the strike on Monday by the lawyers against the Saturday violence, which saw a major clash between the lawyers and the Delhi Police personnel.

“We are on strike today in Tis Hazari courts against the police firing and its assault on us,” said senior lawyer Satinder Sharma. During the clash on Saturday one lawyer was injured allegedly in police firing and over 28 lawyers and Delhi Police personnel suffered injuries.

In view of the lawyer strike and given the sensitivity of the situation, the Delhi Police has changed its strategy with regards to the deployment of its forces in the complex on Monday.

The police has replaced its third battalion, which is deployed at the complex and solely deals with the jail inmates. It was the personnel of this battalion that got into an altercation with the lawyers on Saturday.

The Delhi Police has now deployed reserve police force from its various police stations at the complex.

Special Commissioner R.S. Krishnaiya has been given the additional charge for the time being.

Singh, the 1990 batch officer, has not been given any new charge for an indefinite period.

Lawyers and police clashed at the Tis Hazari Court complex on Saturday during which at least 20 police personnel and several lawyers were injured while many vehicles were set on fire, according to officials.

On Sunday, the court appointed a retired judge to be assisted by Directors of the Central Bureau of Investigation (CBI), the Intelligence Bureau and Vigilance to conduct a judicial inquiry into the clash between advocates and the Delhi Police at the Tis Hazari Court complex.

The court has asked Delhi Police to record the statement of injured advocates Vijay Verma, Pankaj Dubey, Ranjit Malik, Sagar Sharma and other such advocates.

“An FIR should be registered then and copy of the same should be given to the court on the next date of hearing”, said the court directing the Delhi Police Commissioner.

The court also directed the Delhi government to provide compensation to the injured advocates. The counsel for the Centre told the court that 21 policemen had been injured in the incident, and eight police vans burnt. The police have transferred the additional sub-inspector (ASI) Pawan Kumar and suspended ASI Kamta Prasad.  (Agency)