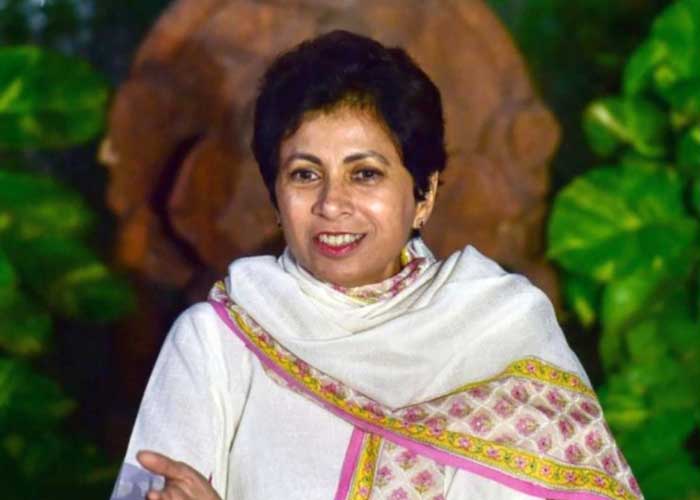 The public conduct of Sonali Phogat can only be described as an aberration, with Haryana having a battery of big women leaders to boast of, starting with the first woman parliamentarian from the state Chadrawati to late Sushma Swaraj, notwithstanding its conservative society.

Despite having a stark gender divide in the state some of these women leaders became most popular faces in Indian politics like Sushma Swaraj, who started off as a minister in Haryana in 1977, and earned the reputation of being a people’s minister until she passed away last year. She rose to occupy senior positions at the Centre.

Selja, a prominent Dalit face of the Congress, struggled hard to come up. Her launch was marked by a defeat in a Lok Sabha bye-election from Sirsa in 1987, caused by the death of her father, Dalbir Singh. She tasted victory the next time over and hasn’t looked back since. She is known to enjoy the trust of both Congress President Sonia Gandhi and her son, Rahul Gandhi, and is, therefore, destined to play an important role both in the state and the Congress party, irrespective of how strong her bete noire Bhupinder Singh, former chief minister, is.

Naina Singh Chautala is the first “bahu” (daughter-in-law) of the Devi Lal-clan to have stepped out of her home to join the rough and tumble of electoral politics. Standing her ground despite complications created by the conflict between her sons’ political interests and the demands of the Chautala clan’s value system, she has successfully chipped in for her husband Ajay Chautala. An effective campaigner, she is now into her second term in the assembly.

Chandrawati, who had been all through a state-level leader, suddenly hit the headlines in 1977 when she defeated the then Defence Minister Bansi Lal on a Janata Party nomination in the Bhiwani constituency. She also served as the state president of the Janata Party in its heydays as also Lok Dal (Ajit).

Kiran Chaudhary, well-known in the Capital’s political circles, faced successive defeats in Delhi Assembly elections, except one, after which she became the deputy speaker. The Tosham assembly seat, represented by her father-in-law Bansi Lal and husband Surender Singh, in the Haryana Assembly, proved to be extremely lucky. First elected to the Haryana Assembly in a bye-election after Surender Singh’s death in an aircrash in 2005, she hasn’t lost any election since then. She has been a minister, as well as the leader of Opposition in the state assembly.

Chaudhary’s daughter, Shruti Chaudhary, too entered politics after Surender Singh’s death and won the Bhiwani Lok Sabha seat for the Congress 2009. However, she lost both the 2014 and 2019 elections.

Om Prabha Jain held the finance portfolio, which was considered a very manly domain, in Bansi Lal’s cabinet in 1977. By all accounts, it was widely believed that she would be the chief minister if Bansi Lal were to be replaced by someone. But she was not very fortunate. She did not get an opportunity to display her full potential.

Kamla Verma was the president of the state unit of the Bharatiya Jana Sangh as well as the Bharatiya Janata Party (BJP) and served as the health minister in Devi Lal’s Cabinet. She was jailed for 19 months during the Emergency.

Vidya Beniwal, a Devi Lal loyalist, who served as a member of the Rajya Sabha and the assembly, stood out as someone different. Because she made it a point to draw a “ghunghat” over her face in the presence of Devi Lal, as well as Om Prakash Chautala.  (Agency)