Home National The road to $5 trillion economy with 5% growth rate? 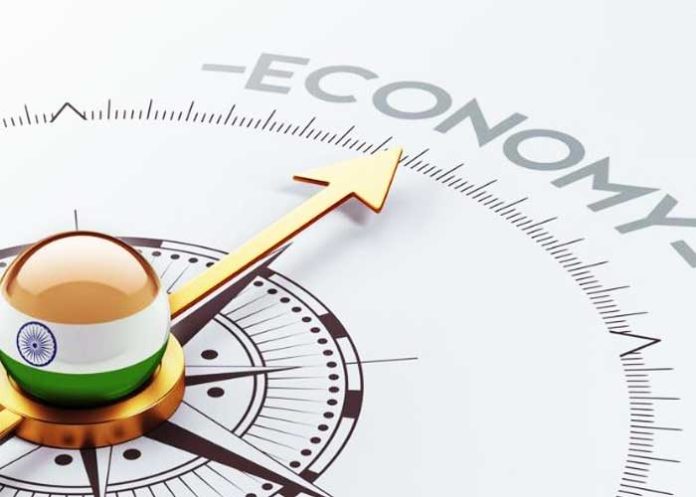 The NDA government’s ambitious target of reaching the $5 trillion economy in the next five years just got a reality check.

The county’s statistics organisation on Friday reported the Gross Domestic Product (GDP), the measure of economic activity in the country, was 5 per cent for the first quarter of FY2019-20, the lowest in nearly seven years.

Chief Economic Advisor Krishnamurthy V. Subramanian had asserted that the Indian economy must grow at 8 per cent rate over the next five years to achieve Prime Minister Narendra Modi’s vision of the country becoming a $5 trillion economy but experts now say with the new numbers, the target seems difficult.

“Now with these numbers, the required rate for the target will go up significantly. The growth rate of the agricultural sector was lower than expected,” noted statistician Pronab Sen told.

“FY20 seems to build on further on the discernible slump seen in FY19. The Q1FY20 GDP print at 5 per cent is clearly a shocker, and confirms that the growth slowdown is more entrenched, thus giving further scope for coordinated fiscal and monetary response,” said Madhavi Arora, Economist, Fx & Rates, Edelweiss Securities, on the GDP numbers.

Arora added that the growth slump clearly reflects that the slowdown is beyond just the cyclical aspects and policymakers need to address the structural constraints to ensure secular growth pick up head.

“GDP growth at 5 per cent in Q1FY20 has been significantly below our expectation. India is now behind not only China but also the Philippines and Indonesia in terms of real growth rate,” said Sujan Hajra, Chief Economist and Executive Director, Anand Rathi Shares & Stock Brokers.

“India’s real GDP growth clocked an average of 7.7 per cent during 2014-18 and 8 per cent in Q1 of 2018-19, but it began to shed momentum through the rest of 2018-19. The year 2018-19 began on a robust note, but it was to be marked by unanticipated swings and turning points that would take their toll on India’s macroeconomic performance,” the Reserve Bank of India said in its annual report.

“The drivers of growth were hit by downturns at different points of time. Gross fixed capital formation slowed in Q2, which further deepened during subsequent quarters, with knock-on effects on manufacturing and net exports in Q2 and Q3,” it added.

Further, the RBI said from the second half of the year, and right up to the time of writing, this mainstay of aggregate demand in India has weakened more than initially anticipated.

“Meanwhile, the growth of value added in agriculture and allied activities decelerated from Q3. This, in turn, pulled down rural demand,” it noted.

Earlier, according to the minutes of the RBI’s Monetary Policy Committee (MPC) meeting, Governor Shaktikanta Das said that there was clear evidence of domestic demand slowing down further.

Investment activity, Das had said, has been losing traction and the weakening of the global economy in the face of intensifying trade and geo-political tensions has severely impacted India’s exports, which may further impact investment activity.  (Agency)