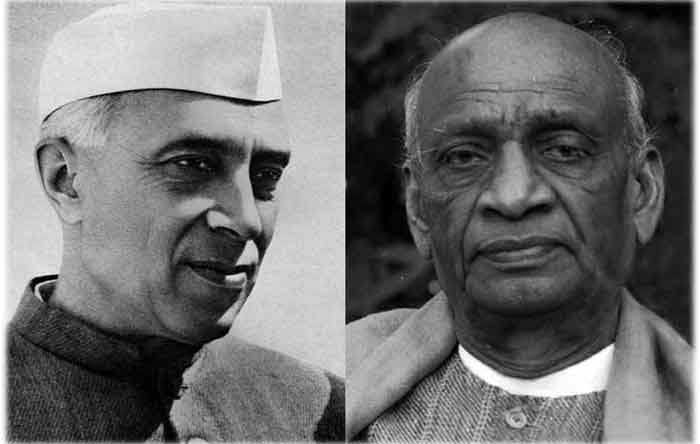 External Affairs Minister S.Jaishankar on Thursday gave a pithy response to historian Ramachandra Guha on Twitter over his spiteful comment on the history of discord between India’s first Prime Minister Jawahar Lal Nehru and his Home Minister Sardar Vallabhbhai Patel.

The diplomat-turned-minister, Jaishankar, on Wednesday had launched a biography of V.P. Menon, an Indian civil servant who played a vital role in India’s political integration following the Partition in 1947.

The book written by Narayani Basu, claims that Nehru had initially excluded Patel from his cabinet list.

“Learnt from the book that Nehru did not want Patel in cabinet in 1947 and omitted him from the initial cabinet list. Clearly, a subject for much debate. Noted that the author stood her ground on this revelation,” the Minister tweeted.

Jaishankar quoted Menon, saying: “When Sardar died, a deliberate campaign was begun to efface his memory. I know this, because I have seen it, and at times, I fell victim to it myself.”

Describing the book as an “absorbing” autobiography which is in “sharp contrast between Patel’s Menon and Nehru’s Menon,” the Minister said that the “much awaited justice” had been done to a “truly historical figure.” He emphasized that the exercise of writing history “for politics in the past needs honest treatment.”

The tweets were widely shared on social media, generating a lot of debate. However, the well-known historian Ramachandra Guha, vitriocally called the book’s claim “fake news” and sneered at the Foreign Minister.

“This is a myth, that has been comprehensively demolished by professor Srinath Raghavan in The Print. Besides, promoting fake news about, and false rivalries between the builders of modern India is not the job of the foreign minister. He should leave this to the BJP’s IT cell,” he tweeted.

The external affairs minister, who is known for his wit and erudition, retorted saying: “Some foreign ministers do read books. May be a good habit for some professors too. In that case, strongly recommend the one I released yesterday.”

The tweet drew wide endorsement on social media, with thousands of people liking and retweeting Jaishankar’s curt response to Guha.

Jaishankar did not just stop with Guha but replied to other Congress leaders after they tried to discredit him for criticising Nehru.

Replying to Jaishankar ‘s tweet, Guha even said: “Sir, since you have a Ph D from JNU you must surely have read more books than me. Among them must have been the published correspondence of Nehru and Patel which documents how Nehru wanted Patel as the “strongest pillar” of his first Cabinet. Do consult those books again.”

The back-and-forth continued with the historian replying with a letter that Jawaharlal Nehru wrote to Patel inviting him to join his cabinet.

“The letter of 1 August where Nehru invites Patel to join the first Cabinet of free India, calling him the “strongest pillar” of that Cabinet. Can someone show this to @DrSJaishankar,” Guha tweeted with the attached letter.

Getting into the debate, senior Congress leader Jairam Ramesh also tweeted a series of letters written between July 19, 1947 and August 14, 1947 by Nehru, in each of which Patel was right on top of new cabinet list.

In his tweet Jairam Ramesh wrote, “In light of the fake news doing the rounds that Pandit Jawaharlal Nehru did not want Sardar Vallabhbhai Patel in his cabinet, sharing a series of letters & documents.”

Congress leader Shashi Tharoor also joined the debate and tweeted: “Jai, I have the highest regard for VP Menon, a hero of Indian Independence from my state, but human recollections can be wrong.

“Read this carefully documented refutation of the ‘Patel’s omission from Cabinet’ story (for which VPM was the only source).”  (Agency)