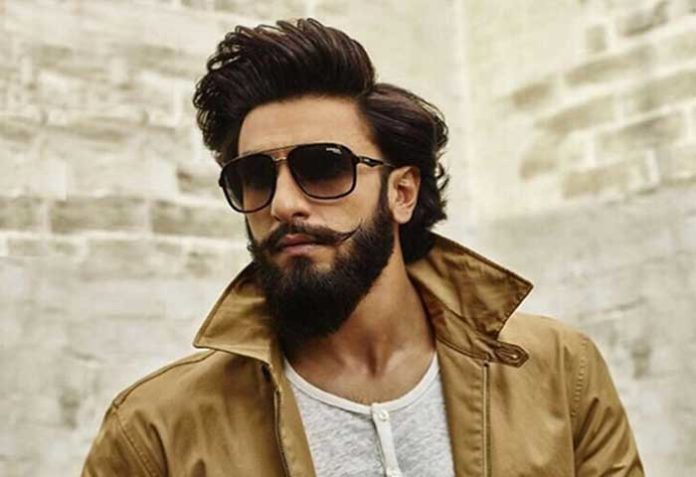 Salman Khan, Hrithik Roshan, Alia Bhatt and Priyanka Chopra are among Bollywood actors who had taken charge of the microphone to croon romantic numbers or dance tracks. Big screen actors, budding or experienced, are now broadening their horizon and rapping in style for upcoming movies.

Nawazuddin Siddiqui is set to take up rapping for his upcoming film “Bole Chudiyan”, which marks the directorial debut of the actor’s brother Shamas Nawab Siddiqui.

“I am not a singer but I have tried to do a rap song,” Nawazuddin said. Makers of this film, he said, had convinced him to do it.

“I don’t think I have the ability to sing songs and I don’t want to become a singer either. I think in that song, there were some elements and because of those (elements), my voice suited it,” said Nawaz.

There is also the buzz that “Housefull 4” will have a rap song rendered by its lead actor Akshay Kumar’s vocals.

Meanwhile, newcomer Karan Deol will have a double debut in Bollywood — as an actor and a rapper — when his father — actor-filmmaker Sunny Deol — launches him in “Pal Pal Dil Ke Paas” later this month.

“I have sung a rap, which will be used as a part of a song in the beginning of the movie and I am really excited about it because I love to rap. The song talks about the simple life,” Karan told.

Rewind to February 2019 and you’ll recall Ranveer Singh’s character using rap as a tool to express his views on society and life in Dharavi, one of the largest slums of Asia, in the superhit film “Gully Boy”.

“I think it’s great that the hip-hop and rap culture is growing in India — be it through films or actors showing interest in the form,” said Naved Shaikh, popular by his stage name Naezy, whose life along with Divine’s (Vivian Fernandes) served as an inspiration for the script of “Gully Boy”.

“My only emotional appeal to friends, family, fans and the creative industry is to recognise that hip-hop has always been a part of our culture. It is the voice of the youth and is here to stay. So let’s strive to keep it authentic, fun and inspiring all at the same time,” Naezy tol.

There have been others too. Aamir Khan, for instance, showcased his rap skills in the song “Dhaakad” on women empowerment. It didn’t feature in the 2016 film “Dangal” but was loved by many. Its original version in the film, by rapper Raftaar, also gained a lot of popularity.

Talking about Bollywood actors taking up rap, Raftaar told: “It’s a good thing that Bollywood is now no longer being pigeonholed into a single category. Someday rappers and singers may also start looking at acting.”

“You see in the creative realm, experimentation and diversification are the way to go if you want to grow and expand. If an actor has a good understanding of the discipline, I don’t see an issue at all,” added the “Toh dishoom” hitmaker, who had also rapped alongside “Student Of The Year” actor Sidharth Malhotra in the song “Bandook meri Laila” for the 2017 film “A Gentleman”.

Going a little back in time, Abhishek Bachchan had turned rapper for the song “Right here right now” in the 2005 film “Bluffmaster”. His father and Bollywood megastar Amitabh Bachchan had done the “Genie rap” in the 2009 fantasy-adventure film “Aladin”. Youngster Varun Dhawan, on the other hand, had teamed up with Sachin-Jigar and D.Soldierz for the rap song “Happy birthday” in the 2015 film “ABCD 2”.

“Hip-hop in our country has come a long way. It was considered as one of the most underdog genres in India. Masses in India didn’t know the power of hip-hop. Hence, it was never loved,” rapper Ikka told.

“Rap is something people can relate to as it helps one to express his or her feelings into words.”

Everyone can see that rap has made its way to Bollywood, but to rappers “Gully Boy” by filmmaker Zoya Akhtar is one movie that has set a benchmark.

“The release of ‘Gully Boy’ has created awareness and opened doors for the growing talent in the country and making hip-hop a flourishing scene in India. For the longest time, rapping was only used as a filler in Bollywood but now rap is considered to be equally big,” said the “Oh ho ho ho” rapper.

Actors also seem to be taking note of it.  (Agency)