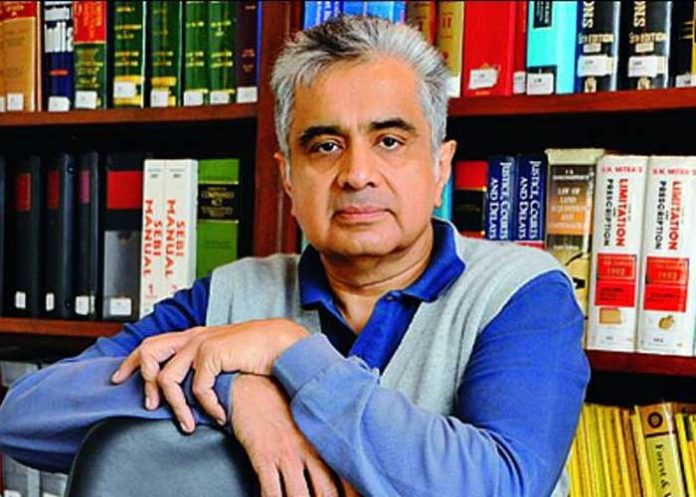 Raising the bogey of alleged human rights violations in Kashmir will expose Pakistans phoney concerns for the cause, said Harish Salve, former Solicitor General of India, who successfully pleaded the case of Kulbhushan Jadhav at the International Court of Justice recently.

“The safety and security of its people is the responsibility of every constitutional government, and Pakistan’s frustration at its inability to foment violence in Kashmir expressed as a phoney concern for human rights,” said Salve in an email response to IANS.

His response came when asked to comment on the likelihood of Pakistan moving a resolution at UNHRC alleging human rights violations in Kashmir. The UNHRC session is slated to begin from Monday.

Salve said he is hopeful that Pakistan is treated with contempt by the global community, which it deserves for acts like 26/11.

“Raising this issue before the international community shows Pakistan’s political bankruptcy and an attempt from diverting public attention from their most prolific global export — terrorism,” Salve said, adding that Pakistan cannot alienate itself from terrorism.

Salve’s international experience comes handy, as he countered the Pakistani lawyers’ tirade attempting to malign the image of India at an international judicial forum.

Salve built a strong argument to defend Kulbhushan Jadhav and satisfied 15 judges of the 16-judge bench, having a range of international experience, to prevent Pakistan from executing Jadhav.

It is likely Pakistan will conduct litmus test of its capacity to hold an international audience before it begins to internationalize Kashmir at UNHRC, by calling for an urgent debate or resolution at this human rights forum.

A debate on the matter will be subjected to simple majority vote, which includes abstentions not being counted; and the other option is to move a resolution drawing members’ attention on alleged human rights violations in Kashmir, this too will be put to vote.

The approach of China and the UK will have to watched out for since they played a spoiler for India by siding with Pakistan on August 16 at the United Nations Security Council.

In response to a query, where Pakistan has linked abrogation Article 370 directly with suppression of human rights in Kashmir, the renowned lawyer, said it is clear to all those who understand the basics of public international law that the amendment of the Constitution of a country is its internal matter.

“The Constitution of J&K (their local constitution) declares that it is a part of India. Article 370 of the Constitution delegates the power to the President of India to take measures from time to time,” Salve said.

Referring to the robustness of the democracy in India, Salve said the government not only made a wise move, but it is also perfectly constitutional.

“It has been challenged in the Supreme Court. Municipal law (the India domestic law) will be applied by the apex court to decide this issue, ” added Salve.  (Agency)