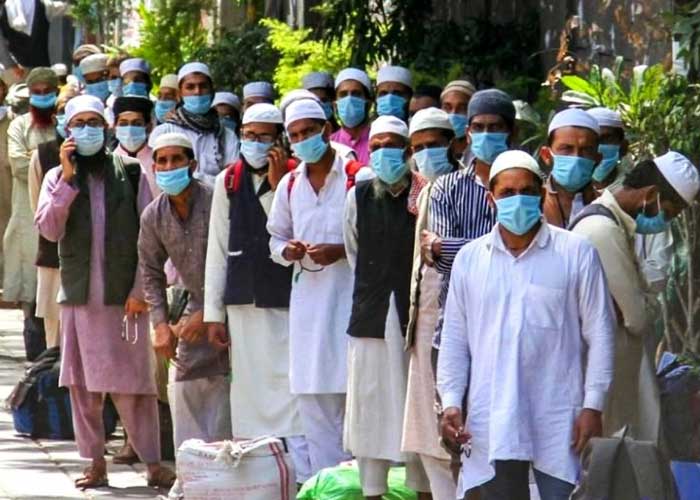 Moving swiftly, the Maharashtra government has identified at least 700 persons, including around 450 from Mumbai region, who had attended the Tablighi Jamaat event held in Nizamuddin area of New Delhi last month, officials said here on Wednesday.

Deploying a mix of human and technical intelligence, the Mumbai Police and State Intelligence Department plus health authorities, have zeroed in on a majority of those who attended the religious event and started acting on it as it adds a whole new dimension to the state’s anti-Covid-19 war.

The police have collated data from the Bureau of Immigration to track those who arrived in the country at the Chhatrapati Shivaji Maharaj International Airport, mostly from Indonesia, Malaysia, Mauritius and the Philippines.

In Mumbai, of the estimated 450, the police and health authorities have managed to track 32, including 11 Indonesians, and shunted them to compulsory quarantine in Bandra.

In Thane’s Mumbra town, 23 have been sent to quarantine, including 12 Bangladeshis and 35 have been isolated in Ahmednagar, though none have exhibited coronavirus symptoms.

According to Pune Divisional Commissioner, Deepak Mhaiskar, 182 have been traced in Pune Division, including 136 from Pune, 5 from Satara, 3 from Sangli, 17 from Solapur and 21 from Kolhapur, who attended the event.

“Of these, 120 have been traced so far and sent to quarantine, and a search is on to track the others,” Mhaiskar told media persons.

Nagpur Municipal Commissioner Tukaram Munde said that 54 from the city had attended the Nizamuddin event and have been quarantined now.

At least 200 from different parts of India and abroad, who had attended the religious congregation have tested Covid-19 positive and 10 have died so far.

With an estimated 700 people from Maharashtra also attending the same event, it has added a new front to the struggle against Covid-19.

According to official sources, Besides Pune and Mumbai, several others have attended from Bhandara, Wardha, Yavatmal, Akola, Buldhana, Washim, Osmanabad, Nashik and Aurangabad.

Police and health authorities are seeking the help of various Muslim clerics, religious leaders and social organisations to ascertain and pinpoint those who attended the event as they could pose a ‘high-risk’ category for the local population.

Complicating the issue are reports emanating that some of them may have attended other religious events within the state before the lockdown was announced on March 25, and a few have yet to return to the state with their current whereabouts not clear.

“It’s a complex issue. Those who attended the event and their families/relatives are considered ‘high-risk contacts’, but the bigger challenge is that most may have used public transport like trains and buses in their pan-India travel,” said an official.

Among those who were hosted by an Ahmednagar mosque, two – one from France and one from the Ivory Coast –have turned Covid-19 positive – and now action has been initiated against the mosque authorities.

A 10-member group of Fillipinos had lived in a mosque in Vashi, Navi Mumbai and later one 68-year old was found positive, but died due to other causes after he turned negative.

However, a mosque official, his son, grandson and a female help were found positive but are now on the way to recovery.  (Agency)