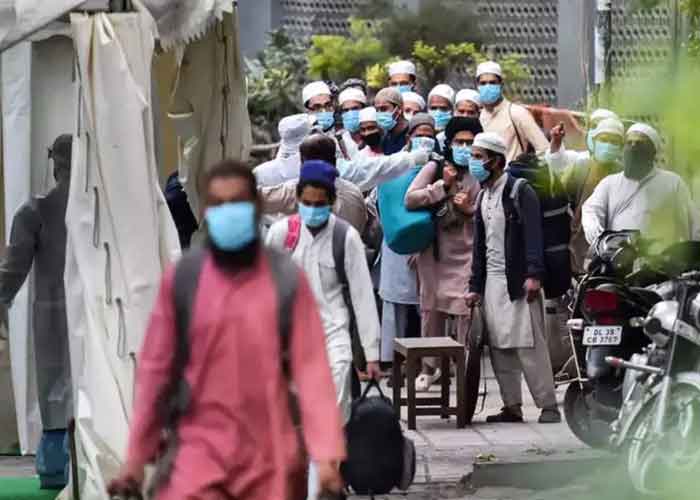 A Delhi court on Friday allowed 62 Malaysia and 11 Saudi Arabia nationals to walk free after imposing penalties of Rs 7,000 to Rs 10,000 each on them under plea bargain. They had participated in a Tablighi Jamaat congregation at Delhi’s Nizamuddin Markaz in March.

The foreign nationals had moved a plea bargain application after the court granted them bail earlier this week.

The court permitted them to walk free after the Sub-Divisional Magistrate (SMD) of Lajpat Nagar, who was the complainant, Additional Commissioner of Police and Inspector of Nizamuddin area police station did not raise any objection to their plea.

On Thursday, 60 Malaysians were allowed to walk free on payment of fines of Rs 7,000 each. In their plea bargain application, they had sought lesser punishment by accepting mild charges.

Till now, scores of foreign nationals belonging to Afghanistan, Brazil, China, USA, Ukraine, Australia, Egypt, Russia, Algeria, Belgium, Saudi Arabia and others have been given bail in the same case. They all have moved the plea bargain applications.

The foreign nationals were part of the congregation, which was held in alleged violation of visa norms and coronavirus guidelines issued by the Indian government.

The Delhi Police Crime Branch has named more than 900 foreign nationals in connection with the case. They have not been arrested, though the Centre has cancelled their visas and blacklisted them.

The FIR was registered against Tablighi Jamaat leader Maulana Saad Kandhalvi and others on March 31.

The accused have been charged under the Indian Penal Code, the Epidemic Diseases Act, the Disaster Management Act, and also for violating prohibitory orders under Section 144 of the Code of Criminal Procedure.  (Agency)